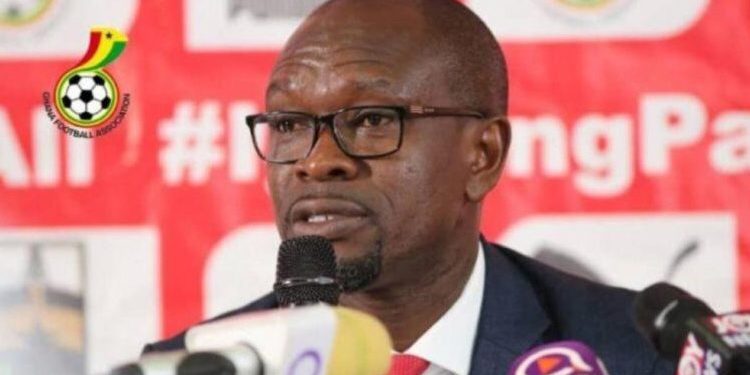 141
SHARES
785
VIEWS
Share on FacebookShare on TwitterShare on WhatsApp

Ghana I’ve Ruhr last 3 decades have tried in winning the African Cup of Nations which have yielded no positive results.

With CAF unveiling the groups for the upcoming Afcon, it looks Ghana is yet again going to miss out winning the trophy with the head coach not being paid for months now.

The 47-year-old gaffer led the senior national team for the 2021 Africa Cup of Nations qualifiers and will be in charge when Ghana plays Ethiopia and South Africa in September.

Akonnor was owed for 12 months but the Ministry of Youth and Sports settled five months of the arrears and are yet to pay the remaining figure.

“Yesterday and today, it has come up that I’ve been paid. That’s not the case. I think the FA has corrected that,” the former Wolfsburg revealed to journalists.

Ghana will be playing Ethiopia and South Africa for the 2022 Fifa World Cup qualifiers in September.