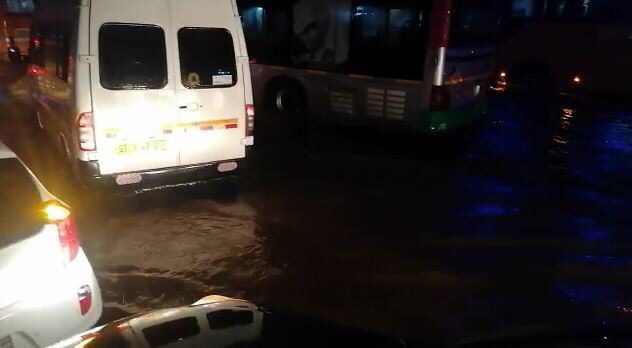 19
SHARES
108
VIEWS
Share on FacebookShare on TwitterShare on WhatsApp

A number of areas in Accra have flooded, following a downpour on Wednesday night.

The rains which started few minutes after 5pm lasted for more than two hours.

The situation has also led to heavy vehicular traffic especially in the affected areas with many drivers staying in traffic for several hours.

The Ghana Meteorological Agency had earlier predicted the downpour in most parts of southern Ghana.

The Agency had said the rain may begin from late Wednesday afternoon into the night.

It has also been raining for several hours in the Eastern Region.