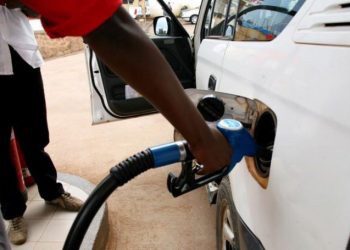 14
SHARES
79
VIEWS
Share on FacebookShare on TwitterShare on WhatsApp

Projections from the National Petroleum Authority (NPA) suggests that fuel prices in the country may surge close to GH¢ 6.86 per litre at the pumps if all other factors influencing pricing do not change.

According to Abass Ibrahim Tasunti, the Head of Pricing at the NPA, the second pricing window for October puts the price of petrol at GH¢6.84 per litre while diesel will likely sell at GH¢6.86 per litre starting October 16, 2021, baring any changes on the world oil market.

These projections do not take into account the margins of oil marketing companies and that of the bulk distribution companies, which may cause the projected amounts to go higher while statutory taxes and margins remain the same.

“All things being equal, for the next window, [since] the price of petrol on the world market has increased by about 9% and diesel has increased by about 10%, so these two, holding everything constant will project that petrol will increase by about 5% and diesel also increase around the same figure which will take us to about GH¢6.84 for petrol and GH¢6.86 for diesel… This is the next window, which starts from the 16th of October,” he said on Citi TV‘s The Point of View.

Meanwhile, the Executive Director of the Chamber of Petroleum Consumers (COPEC), Duncan Amoah has expressed fears that the movement of forex could further cause the price of fuel to increase to at least GH¢ 7 by the end of the month.

While insisting the taxes imposed by the government on petroleum prices continue to play a significant role in the rising cost of fuel in the country, he said efforts must be made by the government to address the situation to bring relief to citizens.

We can get to GH¢ 7 by end of October. If we are doing about GH¢ 6.8 for the projection, we are just about 14 pesewas shy so by the close of the month which is the first window in November if the trend continues and the cedi comes under the kind of pressure you will normally see towards the last quarter because of the pressure from importation, I do not see how GH¢ 7 is not possible before November,” he said.