After 5 years of nothing useful to show in the Region, Ashanti NPP MPs push for major projects as ‘payback’ for NPP votes 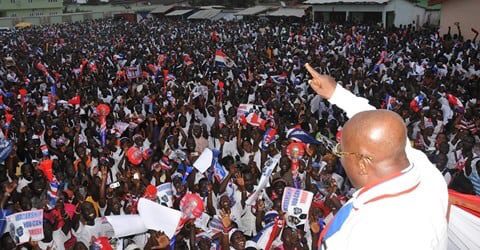 142
SHARES
787
VIEWS
Share on FacebookShare on TwitterShare on WhatsApp

The Ashanti Region Caucus in Parliament has pledged its relentless commitment to drum home development and infrastructure to ensure the region gets a lion’s share of the national cake.

Deputy Chief Whip of the Caucus Vincent Ekow Assafuah, who doubles as the Member of Parliament for Old Tafo Constituency, assured a intense lobbying to draw development into the Region.

Speaking on Akoma FM‘s current affairs and political show GhanAkoma on Friday, September 3, Mr Ekow Assafuah told host of the show that “as a deputy chief whip for the caucus of Ashanti MPs, I am aware of a strategic plan to lobby for more developments as a form of reward to the region for maintaining NPP in power”.

The Ashanti Region during the just ended 2020 elections gave a massive 1.7 million votes, an overwhelming number that canceled more than 9 regions won by the party’s archrivals, the National Democratic Congress (NDC).

There has been surging agitations within the Region over what some describe as total neglect by government in the face of developments and physical infrastructure.

But the Old Tafo MP has allayed those agitations and promised that the 43 Members of Parliament from the NPP’s world bank have unanimously decided that, in their individual capacities, they will ensure a larger part of the national cake is directed to the region.

“To whom much is given, much is expected, so we can’t negotiate the infrastructural development of Ashanti Region especially Kumasi for anything because the region has been holding the party down since 1992.”