Akuffo-Addo is responsible for hounding of Auditor-General – Kevin Taylor 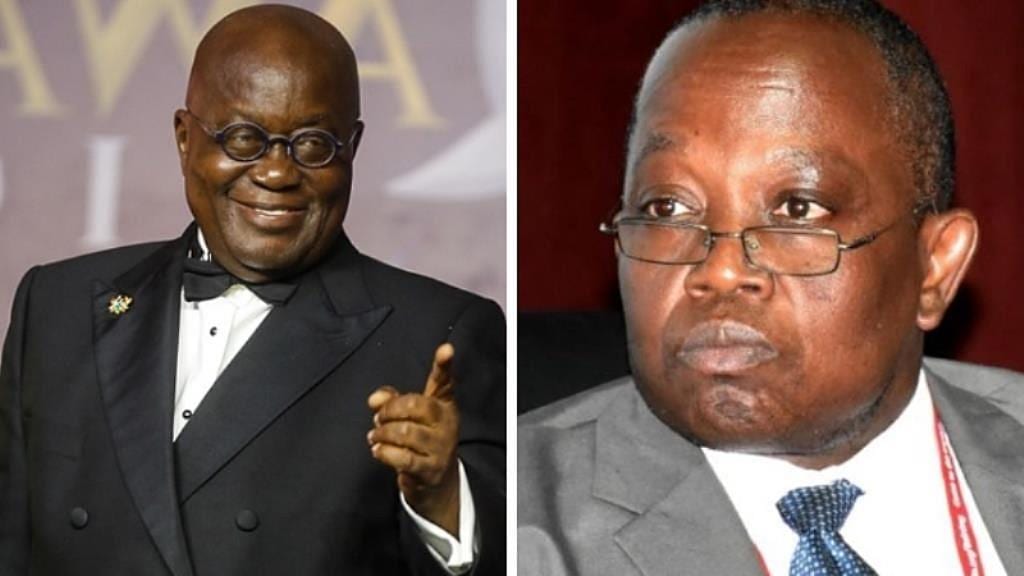 Host of “with all due respect” show Kenvin Taylor who is a Ghanaian US-based investigative journalist revealed that His Excellency Nana Akuffo Addo is responsible for the hounding of the Auditor-General, Daniel Domelevo from office.

Speaking on Loud Silence Radio and TV, the investigative journalist alleged that the Audit Board in a pursuit to audit the foreign travels account of the Auditor-General who is on a leave that was sanctioned from the presidency will never return to his office.

Mr. Kevin opinioned on the show that since Mr. Domelevo was the only person who could unravel the corruption sandals of the president and his appointees, the president sees him as a threat to his friends and family government.

He added that since the president is seeking a second term, it would be disastrous for Mr. Domelevo to be in office as he shall expose the president and his family appointees.

Mr. Taylor entreated Ghanaians to watch out as the agenda of the president is about to play out, he said the pattern of the agenda is to ensure that after a few days the audit board will declare to the public that Mr. Daniel Domelevo can not return to work because there are irregularities with the account of his foreign travels. Then they would imply their probing into the wrongdoings, hence Mr. Domelevo shall then be on a timeless leave.

It would be recalled that the Audit board on October 21, announced they are commencing an audit into the foreign travels account of the Auditor General Mr. Daniel Domelevo. For whatever the reason behind such an agenda, they failed to include it for Ghanaians in their pronouncement.

However, the constitution does not allow for such action, the constitution in Article 187 (15) says that only parliament through the speaker can appoint an Ad hoc committee recommending to parliament an Auditor who subsequently shall be approved by parliament to probe the Auditor-General if there are suspicions of any wrongdoing. Aside from this criteria no other means or process can be employed in investing the Auditor-General but president Nana Akuffo Addo has gone ahead to allow the audit board probe Mr. Domelevo.

It is as a result of this that the investigative journalist is alleging that intelligence he picked at the Presidency indicates it is the president’s wise and that is why it being done without recourse to the law. Mr. Kevin Taylor then preached for change of government as the Nana Akuffo Addo led government is the worse form of government Ghana has ever had.