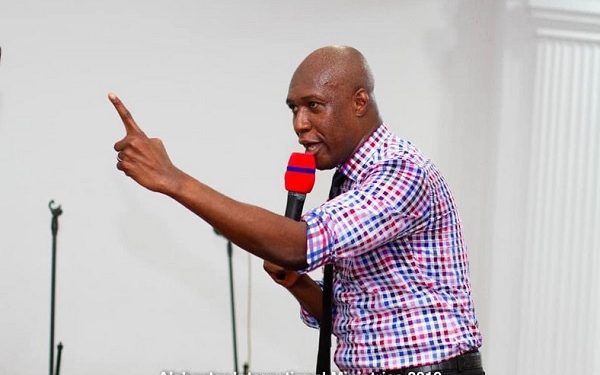 105
SHARES
582
VIEWS
Share on FacebookShare on TwitterShare on WhatsApp

According to Prophet Oduro, the President and the government said no national funds would be used for the cathedral but that has turned out not to be the case now.

Prophet Oduro, who supports the idea of a national cathedral, however, told OB Nartey on the maiden edition of No.1 FM’s mid-morning show Nyame Nsa Wom on Monday, 13 June 2022 that the way the president and the government are going about it is wrong.

“There are certain things that are not right. The president made a personal vow to God. That vow must be redeemed but not this strategy, not this method”.

“The purpose is perfect. We need a national cathedral [but] your methodology is wrong”, he told the president, insisting: “Absolutely wrong”.

“You told us that state fund would not be used. No state funds are required. That’s deception. That’s a lie. You are building something for God”, he said.

In his view, President Nana Addo Dankwa Akufo-Addo could have just invited businessmen and women to the Jubilee House and put his funding request before them and would be surprised that just one person would have given $100,000,000 toward the construction of the national cathedral.

“But the way we are going about it, we are going to drag the names of all these men of integrity on the board of the national cathedral into the mud”.

“We’ll destroy their reputation with this national cathedral”, he warned.