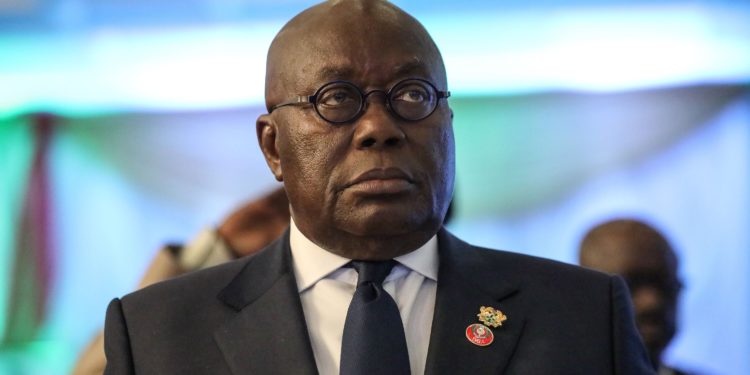 192
SHARES
1.1k
VIEWS
Share on FacebookShare on TwitterShare on WhatsApp

The Director of Communications at the Presidency says the criticisms leveled by the Catholic Bishops’ Conference in respect of government’s management of the public purse, lacks facts.

At a press briefing on Thursday, Eugene Arhin said any assessment by the clergy of the government’s performance should be devoid of propaganda.

“We believe that these criticisms should be well-founded and well-grounded in facts as this is the only way an honest conversation devoid of malice and propaganda can be held,” he said.

The Catholic Bishops Conference, at a plenary assembly of the Association in Wa on Monday, alleged that the government had lost touch with Ghanaians and had defaulted on its promise of protecting the public purse.

The President of the Bishops’ Conference, Most Reverend Philip Naameh, said, “the express commitment of the President to the public to protect the public purse, a promise that citizens welcomed, seems to be an illusion now.”

But in a sharp rebuttal, Mr Arhin said, President Akufo-Addo is resolved to protect the public purse and resuscitate the economy.

The Communications Director, amidst touting the government’s achievements, noted that the successes could not have been realised if the President is not concerned about the public.

“Indeed, the transformation that has taken place in all aspects of our national life points to a well-managed economy and a public purse that is being protected.

“If President Akufo-Addo had not superintended over the funds well, the Ghanaian people wouldn’t have reposed their confidence in him barely 10 months ago, by returning a decisive margin for him in the 2020 election,” he opined.

Mr Arhin’s reaction is not the first hit back at the Ghana Catholic Bishops’ Conference after they raised concern about how the Akufo-Addo administration is handling the public purse.

On Tuesday, the Director of Communications for the governing New Patriotic Party, Yaw Buaben Asamoa, also took on the body of clerics.

In his view, the comments of the Conference lacks clarity.

In an interview, he said the Conference’s observations would have been considered by the government if it hadn’t lacked focus.

Reacting to these remarks, former President, John Mahama described it as “arrogance of power.”

Mr Mahama accused the NPP of being unreceptive to criticisms.

If they are saying Ghana is hard, do the things that will make things more affordable for the people of Ghana. But that is what we call the arrogance of power. They said when the gods want to destroy you; they first make you mad.

“Because this is madness. The Catholic Bishops have spoken; what is your business holding a press conference against them? Accept criticism in good faith”, the former President said.

However, the Catholic Bishops’ Conference is yet to comment on any of the responses by the governing NPP and the Presidency.