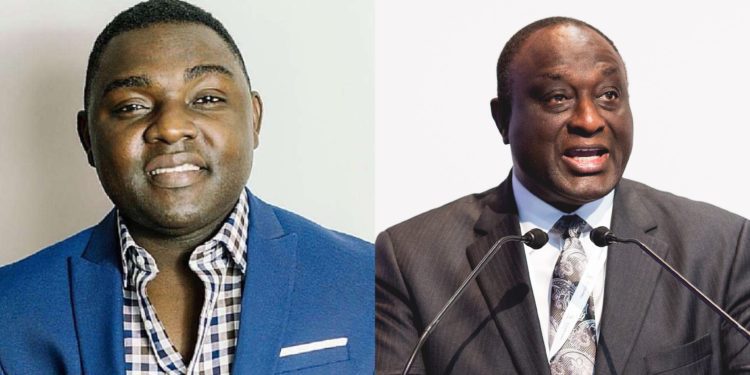 John Alan Kwadwo Kyeremanten aka Alan Cash is among the persons tipped to lead the NPP in 2024 for for the polls after the exit of Akufo Addo.

The Trade minister is not new when it comes to contest within the NPP as he went head on with Akufo Addo in 2007 and 2011 where he lost both contest to Akufo Addo.

With Akufo Addo winning 2016 elections and rigging 2020 to stay in power for 8 years, the pressure to have a new leader for the NPP is on.

The contest however is clear cut between Alan Cash and Dr Bawumia the Vice President of Ghana and to Akufo Addo.

While Akufo Addo’s camp is doing everything possible to see Bawumia lead the NPP, others from the camp of John Kufuor believes it’s the time for Alan to lead since he has been patience for years and supporting the NPP.

When Akufo Addo won 2016, he appointed Mr Kyeremanten as the Trade Minister and it’s a portfolio he has remained at even as we speak.

Reacting to the ambition of Alan Cash to lead the NPP and ultimately become President, Kevin Taylor has said on With All Due Respect Extended version that Alan Cash as he is known widely made a grave mistake by accepting to continue serving as trade minister under Akufo Addo after 2020.

He said as we speak, it will be difficult for Alan cash to exonerate himself from the mess of Akufo Addo and create a new niche for himself as Bawumia the Vice President is already implicated in the bad governance of Akufo Addo.

Mr Taylor said everything bad that has happened to the Akufo Addo led Government can now be attributed to Bawumia who is the Vice and Alan Cash a trade minister who also serves as a cabinet Minister.

He maintained that Alan Cash should has backed out from this government after 2020 to give him a fresh new face.

“We all know Bawumia is a liar, he is cursed, everything Akufo Addo has done worse can be attributed to Bawumia but if a Person like Alan cash comes today to lead the NPP what will be his message ?

Will it be that Akufo Addo has failed so I want to give the NPP a new look which is obvious or he will campaign with the terrible things Akufo Addo has done ?

Can Alan in the future as President prosecute Akufo Addo’s ministers when he himself served in same Government?

There was Ameri, PDS where Gabby stole money from Ghanaians, Agyapa among others have you heard Mr Kyeremanten spoken a word about it ? How can he be trusted ?

He should have ended his association with Akufo Addo after 2020 to give him a fresh start to the race and once he is in the government and supports all these nonsense going on without taking a separate position on matters of the NPP, he’s just going to be same as Akufo Addo and his Bawumia” Kevin Taylor said

The NPP in December 2023 will be electing its Leader to lead the party to the polls in 2024.

Their slogan even before the contest begin is “Breaking The 8” which means staying in power beyond the 8 year cycle which has become a norm in Ghana’s Political space.