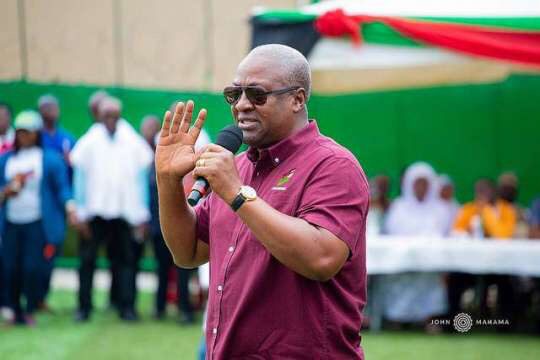 24
SHARES
132
VIEWS
Share on FacebookShare on TwitterShare on WhatsApp

Former President John Dramani Mahama has once again taken on the Electoral Commission (EC) over the conduct of the 2020 general elections insisting the commission did a shoddy job.

Speaking in an interview on Cape FM, in the Central Region, as part of his “Thank you tour” Mahama also expressed misgivings at the Supreme Court’s ruling in the 2020 election petition.

He insisted that the ruling wasn’t in tandem with the rights and freedoms enshrined in the 1992 constitution.

“[The ruling] looked like the Supreme Court had its predetermined verdict. But we accepted it for the peace of this country. I think a lot of things went wrong [during the 2020 polls]. It’s one of the worse [elections] we’ve had in this country since 1992.”

The former President had earlier refuted claims by the Chairperson of the EC, Jean Mensa, that the 2020 general election is the most credible poll in the country’s history.

The former President who was responding to Jean Mensa’s statement at the ECOWAS Parliament said her inability to appear before the Supreme Court to defend questions about the 2020 election results is a clear sign that the election was not credible.