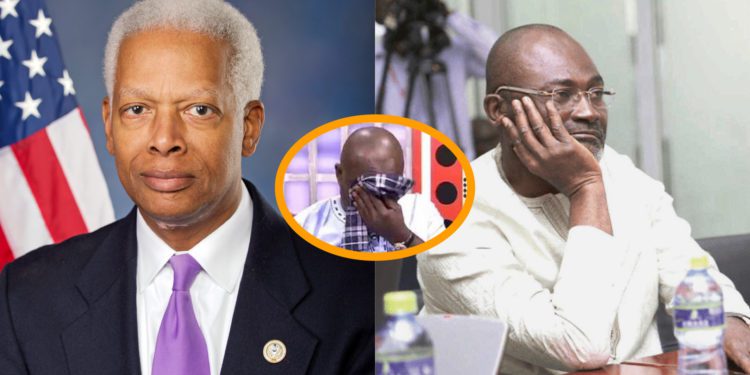 Kennedy Agyapong has attracted yet another big level of embarrassment to himself, Parliament of Ghana and his government which is the NPP government.

Speaking on Net 2 Tv in Accra on 1st September 2021, Kennedy Agyapong who is the Assin Central Member of parliament made a false claim that American Congressman Hank Johnson while in Ghana 2019 approached him to apologize to him for writing to congress for the death of Ahmed Suale to be investigated.

The Georgia Rep in an official Statement has denied ever apologizing to Ken Agyapong when he was in Ghana and said Kennedy Agyapong is nothing but a Liar.

This was possible after portion of the video Kennedy Agyapong was making the frivolous claims of Hanks Johnson apologizing to him was forwarded to his chief of staff by Kevin Taylor.

Mr Hanks has thus promised to further pursue the matter and will make sure the death of Ahmed Suale who worked with Tiger eye PI will yet again become an issue of public interest in America.

Kennedy Agyapong has largely been linked to the death of Ahmed Suale after he showed his pictures on his Net2 tv asking people to go after him, beat him and kill him.

He has since been on the radar of the American government and this lies would of course have serious implications of him going forward. 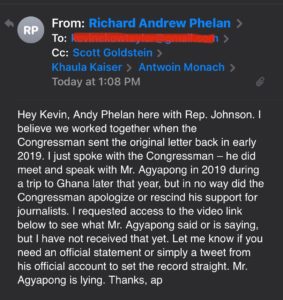 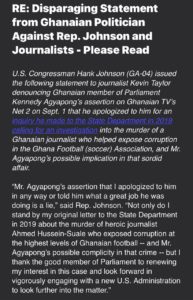