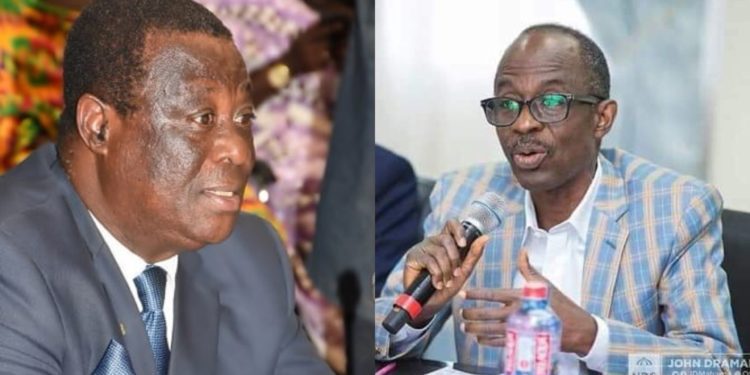 The general Secretary of the opposition National Democratic Congress has sent a direct hot shots Roads Minister Kwasi Amoako Atta for saying tollbooths will be converted into public urinals.

Speaking at Obra Spot In Accra to mark demonstration against E-Levy, Mr Asiedu Nketia known widely as General Mosquito said it’s senseless on the part of the Road minister to close down revenue generating means like the Tollbooths in the country only to think of converting them to urinals.

He was reacting to a question posed to him by a Citi Fm Journalist asking what’s the alternative from the Ndc against the e-levy.

Asiedu Nketia said if Amoako Atta was a thinking fellow, he wouldn’t shutdown tollbooths which brings money to the country to covert it into public toilets as he was reported to have said.