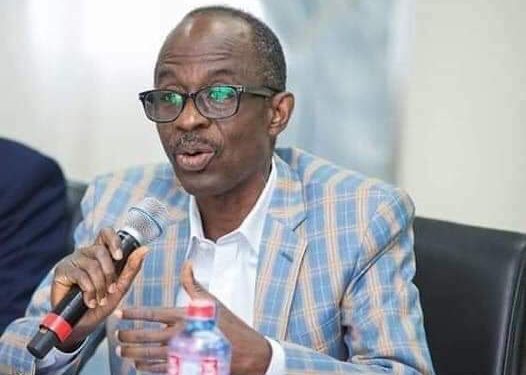 124
SHARES
690
VIEWS
Share on FacebookShare on TwitterShare on WhatsApp

Asiedu Nketia who is the General Secretary of the NDC has said the Ndc is against the E-Levy in all front because it’s a tax which is retrogressive and does but make sense.

He asked what service will government be providing before thinking of taking taxes on people’s savings among others.

His concern was that even with the many loans the Akufo Addo Bawumia led government has gone for, they have refused to make judicious use of it as such the e-levy does not hold any magic wand in transforming Ghana instead it will bring untoward hardship onto the people.

He was speaking to the press before today’s demonstration schedule to take place at Accra Kwame Nkrumah circle all against the E-Levy.

Mr Nketia in reacting to what the Ndc will do in an event the E-Levy is passed against all opposition from majority of Ghanaians, he said should the e-levy be passed in an unlikely event, the NDC in the future if it wins 2024 will abolish it in the first 100 days into office.

Today’s demonstration will move from Obra Spot to Parliament where the demonstrators will present a petition to the speaker of Parliament.