Anti COVID-19 Measures May Have To Continue – Okoe Boye | Health 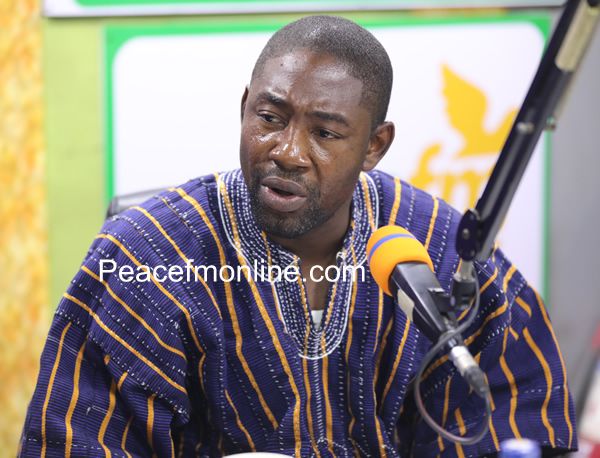 Dr Bernard Okoe Boye, Deputy Health Minister Designate, has said the Government’s current measures to contain Covid-19 might have to continue for the next two weeks.

This is because the nation would enter a crucial stage within the period where many of the backlogs of test results would be announced.

“The situation from the test results will give an idea of where Ghana is likely to hit as in the plateau regarding the global plague,” he explained.

Dr Okoe Boye, who is the Board Chairman of the Korle-Bu Teaching Hospital, in Accra, said this when he appeared before the Appointments Committee of Parliament for vetting for the deputy ministerial position, on Wednesday.

He said: “The cases are not necessarily cases of yesterday. We have a lot of samples in the queue for us to test them because of the limitation in testing capacity, although Ghana is one of the highest testing regions in the continent.”

When he was asked to give his opinion, as a medical professional, as to a cut-off point for disease, Dr Okoe-Boye said he was hopeful that the cases would begin to decline from May.

He stated: “It’s my expectation that this week and at worst, next week, should be the period within which we would have seen most of these results coming. That would give us an idea of where we are likely to hit as in the plateau and then later see some dropping.

“Beyond these two weeks any other cases that will come are likely to come in ones or twos from contacts that were traced.

“I’m confident that by the time we end this month and enter into May; our graph should be pointing downwards, and not only downwards, but should be going towards levels that are very tolerable and encouraging.

“And life should be back to normal by the time we complete May.”

Amidst the outbreak of the novel coronavirus, the Government placed parts of the nation under a lockdown from Monday, 30 March, 2020.

It affects 40 localities in the Greater Accra Metropolitan Area, extended to Kasoa in the Central Region, and Greater Kumasi Metropolitan areas and contiguous districts.

Other general measures include a ban on public gatherings, indefinite suspension of schools, observing of social distancing, closure of the borders and entry points to the nation, stoppage of flight operations and social protection interventions.

The Deputy Health Minister Designate said close contact among people facilitated the spread of the respiratory disease as indicated by the results of contact tracing.

He was nominated by President Nana Addo Dankwa Akufo-Addo early in the month to replace Mr Alexander Abban, who has been re-assigned by the President as a Deputy Minister of Communications.

Some commentators have described the nomination of Dr Okoe-Boye, a member of the Government’s Communication Team on Health as a “coronavirus appointment”, but the nominee told the Committee that he would support the Sector Minister and all relevant stakeholders, to tackle Covid-19 and all other health related issues.

He welcomed suggestions to explore the use of herbal medicine to treat COVID-19 patients, saying a desk could be established to ascertain whether or not some herbal medicines could be effective in the treatment of patients.

Once scientists were able to prove that a herbal preparation was safe for use in human beings and also had the requisite efficacy, the appropriate bodies would grant the approval, he said.

On the sensitisation campaign, the Deputy Health Minister Designate suggested the engagement of opinion leaders and personalities that people in their communities could identify with and spoke their local languages.

He dispelled rumours that hospitals were not attending to out-patients and explained that because of the times, the care for out-patients had been reviewed and only emergency cases were being attended to for now.

The nominee compared that fast spread of the novel coronavirus to that of the viral eye disease, commonly called Apollo, and urged people to strictly observe the health protocols, such as the frequent washing of hands with soap under running water.

He agreed to a suggestion to ensure that the nation would not over concentrate on Covid-19, at the expense of other diseases, and also on the need to expand the mortuary facilities at the KBTH.

The Committee commended the nominee for showing a lot of promise for the position.

He announced that he would resign his position as Board Chairman of the premier hospital, if approved for the position.