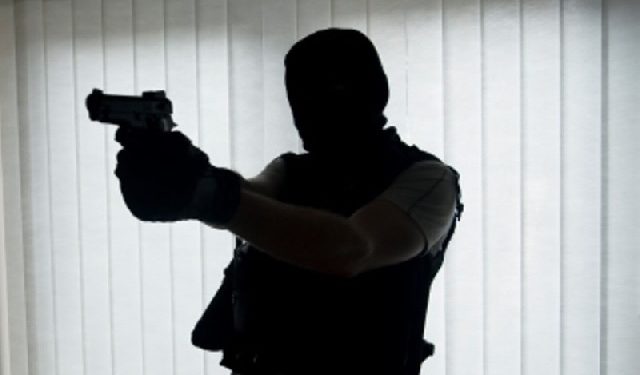 85
SHARES
471
VIEWS
Share on FacebookShare on TwitterShare on WhatsApp

A 35-year-old worker with a private security company, G4 Security, who was on guard duties at the Adansi Rural Bank Limited at Atonsu Agogo in the Asokwa Municipality of the Ashanti region, Alex Opoku, has been murdered while at post.

His body was found at the bank’s premises with his hands and legs tied with a rag and muzzled as well.

Blood was oozing from his mouth.

The armed robbers took away the CCTV monitor and a laptop at the banking hall.

The Automated Teller Machine (ATM) of the bank was also tampered with.

The Customer Service Manager for G4 Security, Alhaji Abdullai Fumador, who spoke to Kumasi FM’s Elisha Adarkwah, suspects that Opoku struggled with the armed robbers and got killed in the process.

The police has deposited to body at the morgue for autopsy.