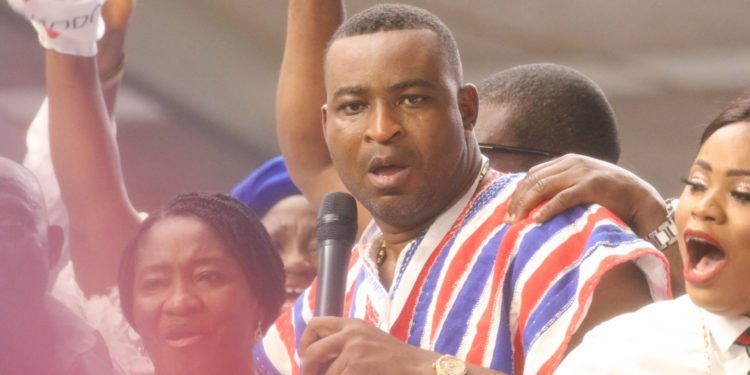 75
SHARES
418
VIEWS
Share on FacebookShare on TwitterShare on WhatsApp

The Ashanti Regional Chairman of the governing party, NPP, has said the Asantes would not deter him from voting for his party regardless of their performance.

According to him, if the NPP fails to deliver on their development promise to the people in the Ashanti Region, they will still not fall short of their votes.

Chairman Wontumi burst the bubble of the opposition of the NDC by stating that the government’s decision to go for an IMF bailout would not increase their chances in the Ashanti Region as Asantes would still vote for the NPP nevertheless.

“NDC should forget 40% of votes in Ashanti Region, because with or without developments ‘we the Asantes will vote for NPP,” he said.

Per election data, the Ashanti Region is the NPP’s stronghold, where they get the majority of their presidential votes and parliamentary seats.

However, recent election results show a substantial decline in their numbers with the paradigm-shifting in favour of the NDC.

Would the 2024 election be based on tribal and ethnic alignments or otherwise?