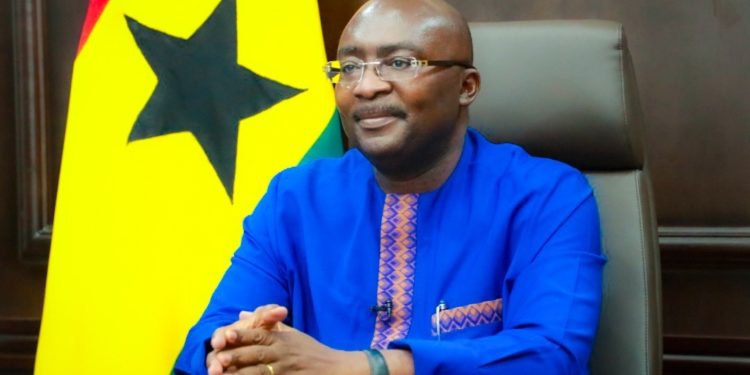 141
SHARES
781
VIEWS
Share on FacebookShare on TwitterShare on WhatsApp

The building of the Cathedral a structure many believe is a personal promise Nana Addo made to God has never being without controversy.

But in the midst of all opposition from Ghanaians, government still went ahead to demolish structures meant to house Judges to build a cathedral.

While government has denied using state fund to build the Cathedral, events leading up to the building of the Cathedral has rather exposed the untrustworthy of the Akufo Addo led government.

In all, some 100 million dollars is projected to be the cost of building the Cathedral with top Government official begging the general public to donate to build the Cathedral.

In a latest development on the building of the Cathedral, Vice president Dr Mahamudu Bawumia has called on the Presbyterian Church of Ghana and other faith-based organizations to voluntarily contribute funds to build the national cathedral.

Dr Bawumia is confident the building of the cathedral will uplift the glory of God.

He was speaking when he joined the Adabraka Official Town branch of the Presbyterian church of Ghana to celebrate the 30 years of ministry of the District Minister Rev. Kwadwo Owusu Sarpong in Accra on Sunday August 22.

He acknowledged the immense contribution of the Presbyterian Church of Ghana in partnering government for development.

He called on faith based organisations to use their pulpit to preach peace and unity for the development of the country.

He again called for voluntary contributions from all to support the building of the national cathedral..

Rev Owusu Sarpong who was elated by the visit of the vice president urged him and government to build a unit in hospitals across the country to care of the aged..

Dr  Bawumia said “Ghana needs your rich and knowledge and experience in the area of development and social services at the local, regional and national Levels.

“Your professional competence will serve our people well like the Apostles of hope , the church and society need Wiseman like.

“I implore you to let your voice be heard  in the national discourse. The nation needs independent voices like yours. Be assured that you are on the side of Gods and he will keep watch over you.

“I want to make one point before I sit down. As you all know there are efforts to build a national cathedral. It is very important that we build the cathedral, it is a voluntary exercise, anyone who wants to contribute can contribute. I have contributed and I will contribute more so I encourage everybody to think about it and let us build it. It is not for anybody, it is for Ghana and for the glory of God”