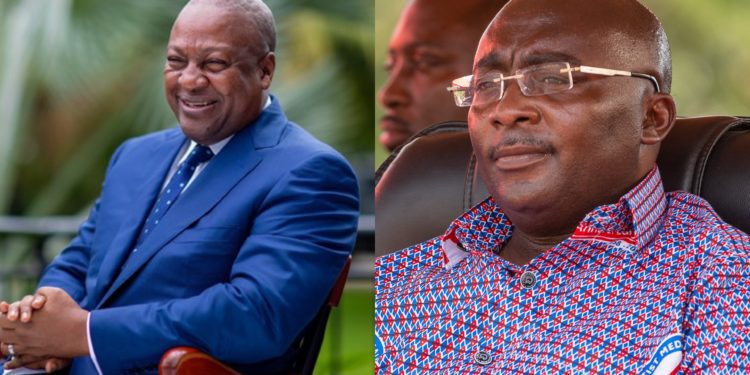 26
SHARES
147
VIEWS
Share on FacebookShare on TwitterShare on WhatsApp

The 2020 flagbearer of the National Democratic Congress (NDC), John Dramani Mahama is calling for the removal of the Vice President, Dr. Mahamudu Bawumia, as the chairman of the Economic Management Team.

According to him, the state of the country’s economy requires that he steps aside, for a fresh face to be employed to take over the job.

The former president made the remarks at the NDC’s ‘Ghana at a crossroads’ lecture in Accra on Monday.

He said the economic management team under the leadership of Dr. Bawumia has led the country to its worst international credit rating downgrade, diminished confidence in the local economy and resulted in the poor performance of the cedi on the international market, among other things.

In addition to Bawumia, Mr. Mahama said the entire membership of the economic management team must be revised.

He also called on President Akufo-Addo to relieve the Minister of Finance, Ken Ofori Atta of his job since he believes that he has failed to act in the national interest and rather seeks his personal interest.

According to him, the current state of the economy must be blamed directly on the Finance Minister as well as the Vice President and the economic management.

He added that the government must bring in a replacement who “is focused on national rather than self-interest.”