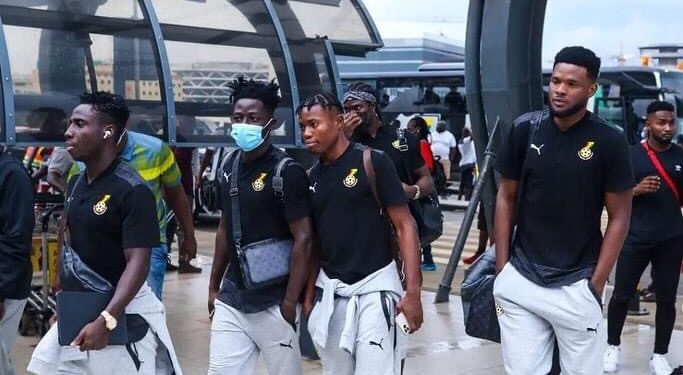 32
SHARES
179
VIEWS
Share on FacebookShare on TwitterShare on WhatsApp

Black Stars have arrived in Harare ahead of FIFA World Cup Qatar 2022 qualifier against Zimbabwe on Tuesday.

After securing an impressive 3-1 win over the Warriors in Cape Coast on Saturday, Black Stars departed Accra for Harare Sunday afternoon via Asky Airlines.

Ghana will later on Monday hold an official training at the National Sports stadium in Harare.

The matchday four clash will take place at the National Stadium in Harare at 1 pm local time.