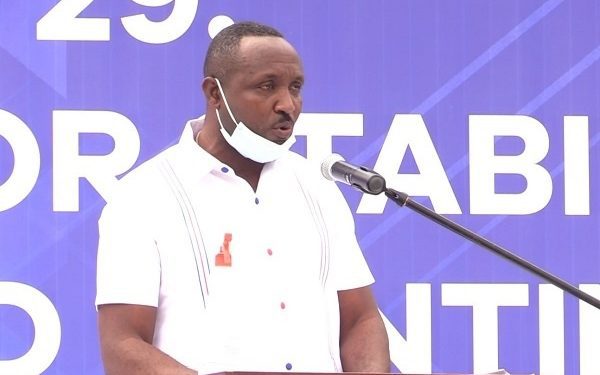 18
SHARES
100
VIEWS
Share on FacebookShare on TwitterShare on WhatsApp

John Boadu, the General Secretary of the New Patriotic Party (NPP), says the Party will capture at least 170 parliamentary seats in the 2024 Parliamentary Election.

He, however, condemned the ‘skirt and blouse’ voting that characterised Election 2020 and contributed to the Party’s abysmal performance in the parliamentary election.

Mr Boadu said the NPP’s chances remained brighter due to the performance of the government and thus challenged the regional, constituency and polling station executives of the Party to forge ahead in unity and work hard to publicise the achievements of the government.

This would make the NPP popular, enhance its fortunes in Election 2024 for it to break the eight-year jinx against ruling parties since the nation returned to constitutional rule in 1992, he said.

He, therefore, tasked the leadership in the regions to unite to identify and tackle the diverse challenges that undermined the Party’s success, especially in the 2020 parliamentary election.

Mr. Boadu was when addressing the Bono Regional Annual Delegates’ Conference of the NPP, on Friday, in Sunyani.

He said the NPP was determined to win Election 2024 by a wider margin, and charged the Party supporters to avoid tendencies that could impede the progress being made by the Government and rather work harder to promote and project the government’s achievements.

Mr Boadu said the Party would re-invigorate its communication teams in the region to position them well to publicise the achievements of the government and also project the Party well to the electorate.

Mr Kwame Baffoe, the Bono Regional Chairman, noted that Election 2020 became tough for the Party because of the unnecessary divisions and backbiting among supporters.

He cautioned supporters against using social media to denigrate the Party.

He stated the leadership of the Party in the region would continue to strictly apply the Party’s constitution in all matters of concern for the Party to remain vibrant.

Mr, Baffoe, therefore, emphasised that Party supporters who breached the constitution would be sanctioned, accordingly.

She also expressed appreciation to the Council of Elders, Party Executives and all stakeholders for their support.

She said the NPP cherished democratic values and asked the supporters to tolerate one another’s views and bury their differences for the good of the NPP.

Madam Owusu-Banahene stressed the need for the Party to support the MMDCEs to facilitate the holistic and rapid development of their areas, saying that would enhance the popularity of the government, particularly, at the grassroots level.

This would also enhance the image of the NPP.

Mr Kwasi Ameyaw-Cheremeh, the Member of Parliament (MP) for Sunyani East, said the regional MPs caucus were of the view that the Party in the Region should take the blame for the poor performance of the Party in the 2020 parliamentary race.

He, however, expressed optimism that the NPP would break the eight-year rule jinx in 2024.

But, he added, this could not be achieved until Party supporters eschewed internal wrangling and petty squabbles, which characterised the last elections in the region.

Mr Ameyaw-Cheremeh, also the Board Chair of the Bui Power Authority (BPA), Managers of the Bui Hydro-Electric Power Dam, stressed the readiness of the region’s MPs to support and work in harmony with the MDCEs and executives of polling stations, constituencies and the region to make the fortunes of the NPP brighter in the 2024 general election.

Mr Emmanuel Kofi Agyemang, the Dormaa East District Chief Executive, on behalf of the M/DCEs expressed appreciation to President Akufo-Addo and the Party leadership for the opportunity provided them to serve in the government.

He said the relationship between the party and the government should be strengthened to make the NPP more attractive and popular to woo more supporters to make history regarding the eight-year mandate given to ruling parties by the electorate.