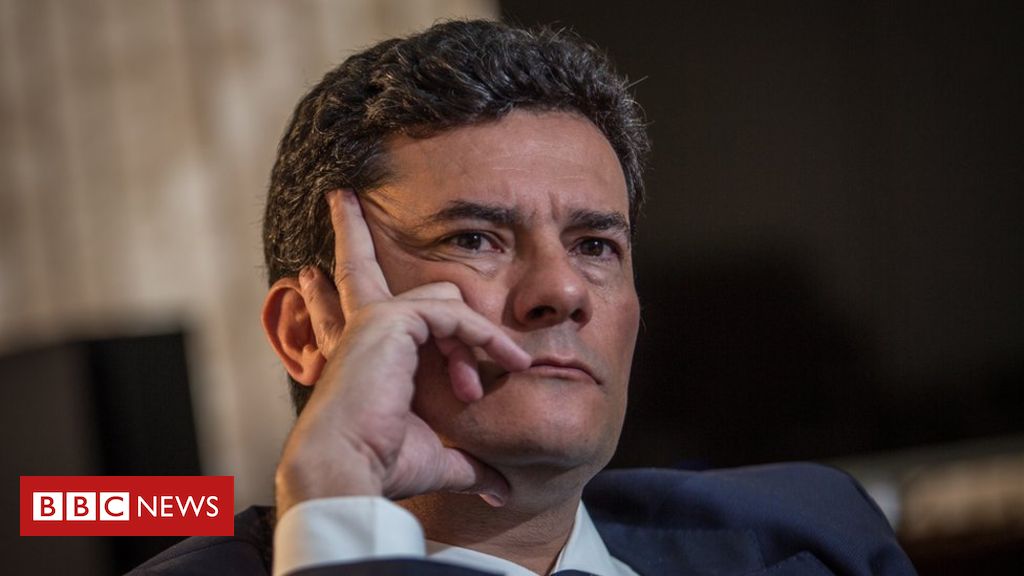 Mr Moro, a former judge, had threatened to quit after the president fired one of his allies – federal police chief Mauricio Valeixo – on Thursday.

Speaking on TV, Mr Moro said angrily there was no reason to sack Mr Valeixo, and called it political interference.

Mr Moro is one of the president’s most popular ministers. He oversaw Brazil’s biggest-ever anti-corruption probe.

Mr Valeixo’s dismissal was announced, with no further details, in the official gazette.

Mr Moro had threatened to resign if Mr Valeixo were dismissed, but then said he would stay if he were allowed to choose a replacement.

Brazil’s currency – the real – sank to a record low of 5.50 per dollar on Thursday, amid the political uncertainty.

In mid-April the right-wing president sacked his health minister, Luiz Henrique Mandetta, for his response to the coronavirus pandemic. The minister had advocated social distancing, which Mr Bolsonaro has scorned.

Fighting corruption was a central issue for Jair Bolsonaro in his 2018 presidential campaign.

After announcing his resignation the sound of pot-banging protests rang out in cities across Brazil.

Seen as an anti-corruption crusader, he was a star pick when Mr Bolsonaro asked him to join the government.

Earlier Mr Moro oversaw a huge corruption probe which exposed billions of dollars in bribes and ended in the jailing of many powerful businessmen and politicians, including leftist former President Luiz Inacio Lula da Silva.

He accused the president of trying to remove the federal police chief for no other reason than to secure intelligence on police investigations.

The court is currently investigating the activities of the president’s sons. It has also opened an inquiry into the possible financing of last week’s anti-democracy protests by supporters of the president. Both charges could further damage an already unpopular president, Candace Piette reports.

Mr Moro once said he “would never enter politics”, but later agreed to serve in Mr Bolsonaro’s cabinet, in order to fight corruption and organised crime.

He was promised full autonomy for his department, which united the justice and public security portfolio in a so-called “super ministry”.