Breaking: Gabby Otchere Darko is pulling the strings behind for Chris Hughton to be appointed as Black Stars Coach against the wish of GFA 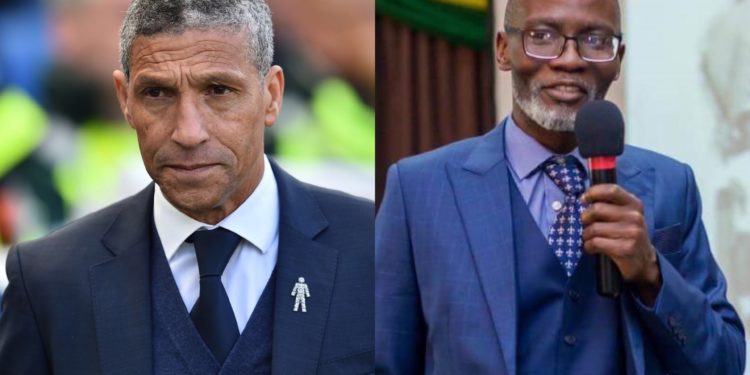 139
SHARES
770
VIEWS
Share on FacebookShare on TwitterShare on WhatsApp

Former English Premier league Manager Chris Hughton is on the verge of taking over as Black Stars Coach.
He was brought into Ghana on direct recommendation and instructions of Gabby Asare Otchere Darko, cousin of President Akufo Addo.

A close look at Gabby’s multiple tweets before the exit of Coach Milovan set the tone for the exit of the Serbian even before he was eventually fired after an abysmal AFCON outing by the senior national team of Ghana.

Our deep sources within GFA has told us, the GFA are not in support of this particular appointment but the President of Ghana Akufo Addo and his cousin Gabby Otchere Darko have equally warned the GFA that it’s either their way or no way.