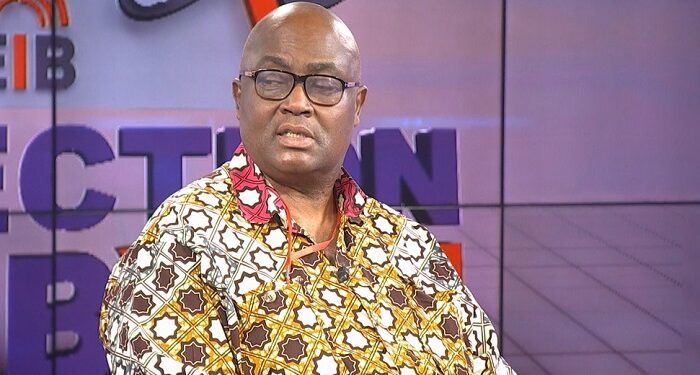 134
SHARES
742
VIEWS
Share on FacebookShare on TwitterShare on WhatsApp

As the whole brouhaha involving the e-levy lingers on, it’s becoming clear that the overwhelming Ghanaians are not ready to pay any of such backward tax to aid Akufo-Addo’s reckless spending on luxury jet.

Notwithstanding what the streets generally feels or say, the big unanswerable question is Why is Ben Ephson not Conducting Polls on the e-levy to show his pay masters how Ghanaians feel about the draconian “Bawumia tax”?

For years now, Mr Ephson has made it a habit of conducting supposed polls to bring out how Ghanaians feel about specific regimes and which party is likely to win a major election.

He has for whatever reason maintained in their reign of the NPP that even in this glaring mess the Akufo Addo-Bawumia led NPP has taken Ghana too, Ghanaians will still vote for them any day anytime without providing any scientific basis to support his frivolous claims.

Ben Ephson has made it a habit of being a sycophant, his predictions are usually towards where he will get some crumbs to feed on.

He’s a diabolic man who is driven by his thirst of greed as his recent jaundice predictions are nothing but a propaganda inspired none scientific polls geared towards giving the ruling party a mileage they do not deserve.

Globally, trusted political pollsters do not just give their predictions on elections only but they do such surveys on policies and programs too to determine if such will have bearings on the main election and the general good of the people.

Ben Ephson however will hide in his hole for years and only pops up a few weeks to election with some uncooked polls claiming it’s a thoroughly researched finding without giving leads or grounds for his findings.

He has been accused a number of times of taking money from ruling government to do a favorable poll for them.

Ghanaians are still waiting for the day he will hit the streets to ask the average People how they feel about this unpopular e-levy the Bawumia led Economic management team is forcing on Ghanaians.

Minority in Parliament has so far shown that they are in there for the general good of the people who voted them into the house b consistently kicking against the not so thoughtful e-levy.

Breaking: Gabby Otchere Darko is pulling the strings behind for Chris Hughton to be appointed as Black Stars Coach against the wish of GFA