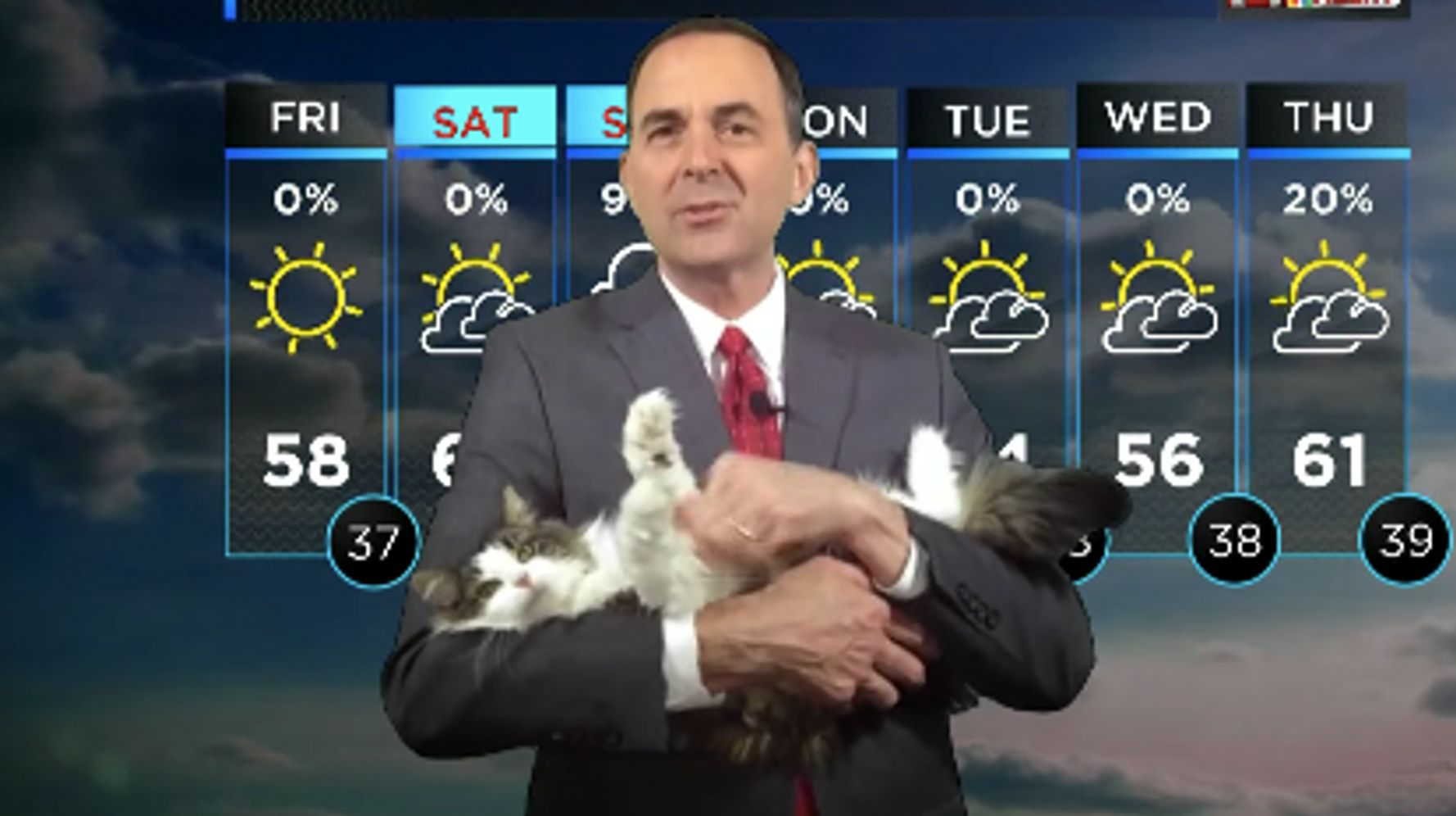 The fur-cast looks good for the career prospects of a charming feline who has become a newly minted “weathercat.”

Betty is the cat of Jeff Lyons, the chief meteorologist at NBC affiliate 14 News in Indiana.

Lyons has been filming his weather segments from home during the coronavirus pandemic, and his forecasts picked up many new fans after Betty started, well, stealing the show.

“I can’t tell if Betty is enjoying the whole Work-From-Home setup or not,” Lyons wrote in an April 9 Facebook post alongside an image of the fluffy cat reclined in his arms as he stood in front of a weather graphic. “As you can see, she’s a high-strung, nervous wreck !”

The image went viral, and Lyons subsequently posted a video showing the broadcast, along with Betty’s behind-the-scenes antics.

Betty’s fame continued to climb, appearing in a later broadcast giving herself a tongue bath as Lyons discussed weather in Evansville.

“You’re tuning in to watch the cat, I realize that, but it’s going to be cold tonight,” Lyons said.

The meteorologist also did a Facebook Live Q&A segment about “Betty the Weathercat,” where he revealed the longhaired feline became a part of the Lyons family when she showed up at their windowsill as a kitten years ago. Now, he said, she “generally owns the house.”

He’s also started to use weather graphics made from images of Betty, including one where her tail appears to hold up an umbrella and another where her tail points at the forecasted temperature.

Lyons told Bored Panda that his beloved pet’s newfound stardom has “really thrown me for a loop!”

“The outpouring for this silly cat has been crazy,” he said.