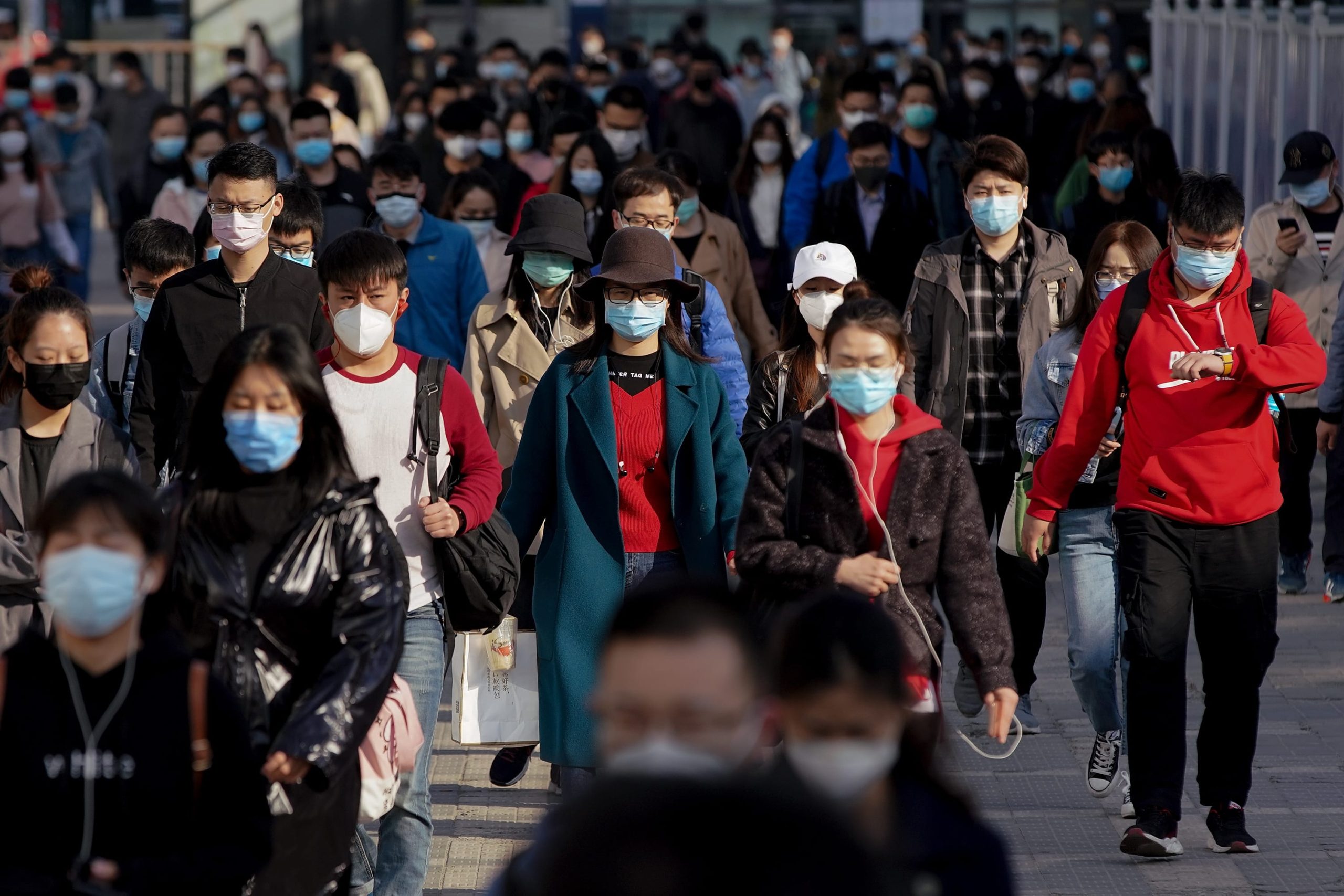 The data above was compiled by Johns Hopkins University as of 8:30 a.m. Beijing time.

10:10 am: 33 cases on Italian cruise ship docked in Japan for repairs

Japan reported 33 infections among crew members on an Italian cruise ship docked in the country for repairs, according to Reuters. The Costa Atlantica has 623 crew members and no passengers.

Further testing on the other crew members will be carried out, the report said. Those who tested positive with no symptoms will remain on board the ship, while others will be taken to medical institutions, it said. — Weizhen Tan

The Costa Atlantica which docked at the Marina Bay Cruise Centre Singapore on May 3, 2013 in Singapore.

9:45 am: Singapore extends partial lockdown measures by another 4 weeks, as it reports 1,111 cases

Singapore reported more than 1,000 cases for a second day running, as of Tuesday. That takes its total to 9,125, making it the country with the highest number of confirmed cases in Southeast Asia.

The vast majority of the new cases involved migrant workers living in dormitories, said its health ministry. Singapore relies on foreign migrant workers in its construction sector, which is made up largely of men from other Asian countries who carry out labor-intensive jobs.

It said on Tuesday that partial lockdown measures to stem the spread of the coronavirus in the country will be extended by four weeks to June 1. — Weizhen Tan, Yen Nee Lee

China’s National Health Commission (NHC) said there were 30 new confirmed cases as of April 21, of which 23 were attributed to travelers coming from overseas. That brings the country’s total to 82,788 cases, the NHC said.

No new deaths were reported for the seventh straight day, keeping the total number of fatalities at 4,632, according to the NHC.

Separately, there were 42 new asymptomatic cases, where people tested positive for the virus but did not show any symptoms. That brings its number of asymptomatic cases currently under medical observation to 991, the NHC said. — Weizhen Tan

Mexico reported a jump of more than 700 new cases, reaching a total of 9,501 cases, according to a Reuters report citing health ministry officials.

It had 145 more deaths, bringing the country’s death toll to 857 fatalities, the report said. — Weizhen Tan

Americans should prepare to see more deaths from the coronavirus pandemic, particularly in cities, as the outbreak in the United States moves past its peak and infection rates decline, White House coronavirus advisor Dr. Deborah Birx warned.

Deaths generally lag behind other aspects of the outbreak, she said at a White House press conference. “We really need to continue to unite and really, really support our health-care providers who are still on the frontline.”

The coronavirus, which emerged in Wuhan, China almost 4 months ago, has sickened more than  820,000 people in the U.S. and killed at least 44,228 as of Tuesday night, according to data compiled by Johns Hopkins University. U.S. officials and infectious disease experts have previously said that deaths fall behind new cases and hospitalization.

Birx said Tuesday that U.S. health officials are seeing improvements in several parts of the country, including in Rhode Island, Connecticut, Detroit, New Orleans, Chicago, Boston and Atlanta. “That was a great concern for us over the past several weeks. They appear to be flattening,” she said. —Berkeley Lovelace Jr.

New Jersey-based Quest Diagnostics announced they are now conducting antibody testing for Covid-19 using blood samples, a practice known as serology testing. Quest Diagnostics can conduct about 70,000 tests per day, and is looking to expand that capacity to 150,000 tests daily by early next month.

The company is using serology testing platforms that were originally developed by Abbott and PerkinElmer’s Euroimmun diagnostics division but independently validated by Quest. Antibody testing has the potential to help healthcare professionals identify people who were infected with, but then developed an immune response, to the novel coronavirus.

Quest Senior Vice President and Chief Medical Officer Jay G. Wohlgemuth said in a statement that antibody testing can also help doctors identify people who could contribute plasma to help treat those who are seriously ill from the coronavirus. —Lora Kolodny

3:38 pm: How your company office could change in the post-coronavirus era

The battle between the states and the federal government is heating up about when to open the economy and start letting people go back to work due to the coronavirus.

Exactly when employees will be heading back to work is still an unknown, but what is certain is that when it does happen, things at the office will almost certainly be very different. Just as the pandemic is likely to have a lasting impact on our personal habits, it will also change the way we work. Among the key changes companies are already considering: more space, sanitation and flexibility, with more employees working from home on a semi-regular basis.

According to a number of office designers, companies will be installing more sensors to reduce touch points, such as on light and power switches and door handles, antimicrobial materials, more and better air filtration, temperature monitoring at entry points, desks that are spaced farther apart, plus subtle design features that remind people to keep their distance. —Ellen Sheng

COVID Keeping People With Lung Diseases Out of ER