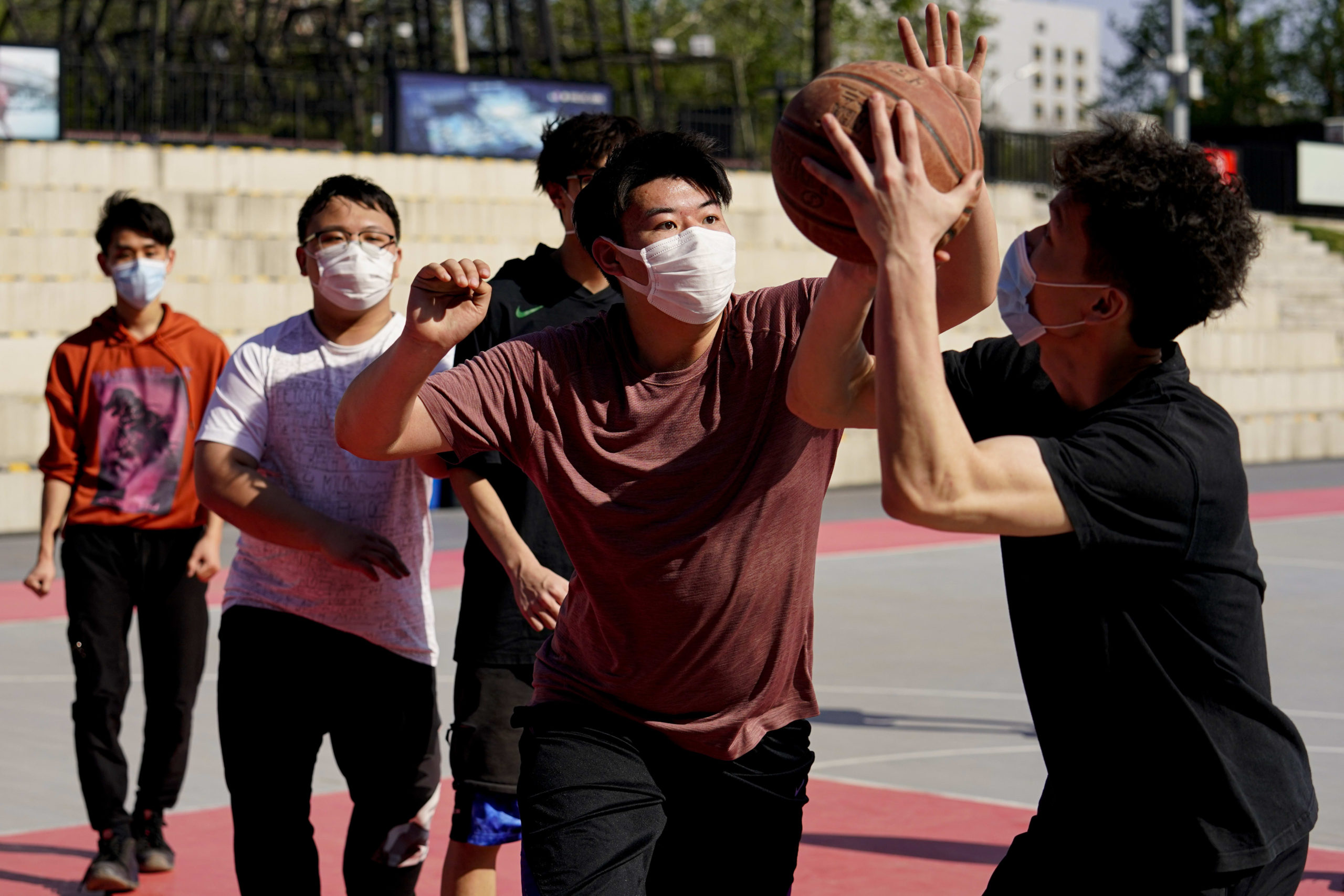 The data above was compiled by Johns Hopkins University as of 8:14 a.m. Beijing time.

That brought the country’s total infections to 10,683, said the Korea Centers for Disease Control and Prevention.

There was one death, bringing the country’s total death toll to 237.

On Sunday, South Korea reported eight new cases of the coronavirus — the first time in two months that the country reported single-digit figures.

South Korea is one of the hardest hit Asian countries in the pandemic, but has been praised for its efforts to reduce the spread of infection by mass testing its people and adopting strict measures to quarantine and track those who affected. — Huileng Tan

China reported 11 new confirmed cases of the coronavirus as of April 20. There were no deaths for the sixth straight day, according to the country’s National Health Commission.

That brought China’s total number of confirmed cases to 82,758 and its cumulative death toll to 4,632.

Of the 11 new confirmed cases on Monday, the NHC attributed four to travelers from overseas.

It also said there were 37 asymptomatic cases, where people tested positive for the coronavirus but showed no symptoms. — Huileng Tan

7:08 pm: Disney is furloughing workers while other media giants aren’t

The entrance to the Magic Kingdom at Disney World is seen on the first day of closure as theme parks in the Orlando area suspend operations for two weeks in an effort to curb the spread of the coronavirus (COVID-19). Paul Hennessy/SOPA Images/LightRocket via Getty Images)

On Monday, Disney began furloughing workers, temporarily stopping pay to as many as 100,000 workers, according to an estimate by the Financial Times.

Over the last few weeks Disney has laid out its plans to impose unpaid leave, first for some non-union employees, then in a subsequent deal with 43,000 union workers. The media giant will pay 100% of health insurance costs for workers currently covered for up to 12 months. While the majority of those furloughs are at the theme parks, they also extend to all of Disney’s other divisions, including the movie studio and TV division. Disney’s also asked its senior executives to accept a pay cut, with no set end.

Disney’s extensive furloughs stand in sharp contrast to the other two media giants – Comcast, which owns NBCUniversal, and AT&T, which owns WarnerMedia – which haven’t yet announced any furloughs or layoffs.

These are the three largest media conglomerates, in a category above all the others: Disney’s market cap is $185 billion, Comcast’s is $169 billion, and AT&T’s is $222 billion. They do face some similar challenges: all three have movie studios that are suffering from the closure of theaters and all are seeing their ad revenue plummet as live sports has been halted. And all three are working to get ahead of the cord-cutting trend and have new services designed to own that direct-to-consumer relationship.

But the finances of these companies are incredibly different. Parks and Resorts is Disney’s largest division, responsible for 35% of its revenue in 2019. That division includes not only theme parks and resorts, but also a cruise line. In contrast, Comcast derived only 5.4% of its revenue from parks such as Universal Studios, and AT&T doesn’t own any parks. —Julia Boorstin

6:41 pm: The plunge in oil prices is the last thing Boeing and Airbus need right now

The coronavirus pandemic, the threat of airline bankruptcies and a global recession. Now a historic oil glut and price crash are adding to the woes of Boeing and Airbus.

The duopoly that dominates most of the world’s aircraft production spent more than a decade racking up record orders for planes they boasted could save millions in fuel.

“One thing that kept the industry aloft during the great financial meltdown [in 2008] is fuel prices actually rose,” said Richard Aboulafia, an aviation analyst at vice president at Teal Group, referring to record oil prices that year.

Rising oil prices can help boost sales of more fuel-efficient aircraft, the opposite of sales trends for larger personal vehicles like SUVs.

The Airbus A320neo and the Boeing 737 Max, each manufacturer’s best-selling narrow-body airplanes were developed after the Great Recession when fuel prices were again rising and airlines were on the hunt for models that would help them cut fuel costs.

But manufacturers have lost that selling point, adding to a slate of challenges that are expected to last at least into 2021, if not later, and a sharp turnaround from earlier this year when airlines couldn’t get new single-aisle airplanes fast enough. —Leslie Josephs

Read CNBC’s coverage from the U.S. overnight: Georgia governor says some businesses can reopen, California town to test every resident