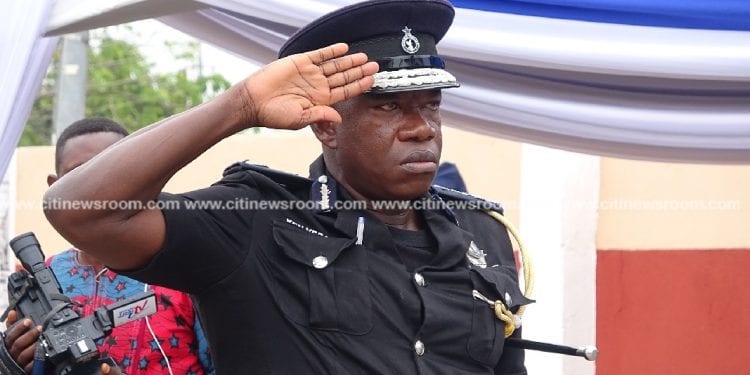 6
SHARES
33
VIEWS
Share on FacebookShare on TwitterShare on WhatsApp

It appears the newly appointed Director General of the Criminal Investigation Department of the Ghana Police Service, Mr. Ken Yaboah has a lot of questions to answer with respect to his alleged relationship with the Asin Central MP and bank roller of the ruling NPP, Kennedy Agyapong.

According to Mr. Kevin Taylor, the Host of With All Due Respect of the Loud Silence Radio & TV, the Presidency of the Republic of Ghana has reported the CID Boss, Ken Yeboah to the Inspector General of Police, Mr. James Oppong Boanuh alleging that the CID Boss has divulging very sensitive national security information from the Police Headquarters to the NPP lawmaker, Mr. Kennedy Agyapong.

“My source within the Police Service and what I know is that the CID Boss has been reported to the IGP”. – He revealed

Mr. Taylor has also said that, Mr. Ken Yaboah and Ken Agyapong are very good friends and that the CID Boss is always in the Ken Agyapong’s house.

“Since you came to office, you have not done anything on the serious outstanding national security issues like the murder of Ahmed Suale, the kidnap of the three Taadi girls. But today’t your Kennedy Agyapong’s poppet”  – He added

Dr. Lawrence writes: COVID-19: The Count, Praise and the Politics

Dr. Lawrence writes: COVID-19: The Count, Praise and the Politics