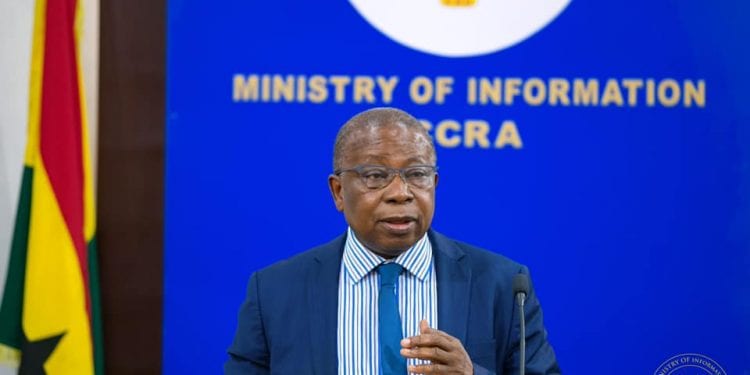 US-based Ghanaian journalist, Kevin Ekow Taylor has spit fire again on government officials and yesterday, it was the fair share for the Health Minister, Kwaku Agyemang Manu, describing him as a total disgrace to the health ministry.

The Minister of Health, Kwaku Agyemang Manu was on Thurday, yesterday, May 7, 2020 reported in the media to have said that some persons and institutions are hoarding personal protective equipment meant to be distributed to health centres that need them.

The Minister said the development was responsible for the regular claims of lack of PPE in some health facilities across the country.

Mr. Agyeman Manu was reported to have made the revelation at a meeting with health workers at the Greater Accra Regional Hospital on Wednesday, adding that the ministry has begun investigations into the reports of hoarding and persons found culpable will be severely dealt with.

“The feedback we are getting is that some places still don’t get, especially the lower facilities. And on our own search we found out some people are hoarding the PPE and there are reports some are even selling it back to us… We are doing all that we can to try to stop those naughty things,” he said.

The Minister suggested that the government will be forced to deliver PPEs directly to institutions that request them to address the problem.

“The President has arranged for three key military officers to be added to the supply chain Committee, and wherever we want to send commodities to, we fly it so we are distributing to faraway places with aircraft,” he added.

This statement Mr. Taylor said makes the Health Minister a disgrace to the Ministry. Justifying his statement, Mr. Taylor said all PPEs donated to the government by the US government, China’s Jack Ma, former President John Mahama, Kennedy Agyapong and other individual were all received by government officials hence he cannot understand why the health minister will alleged that some individual and institutions are hoarding the PPEs when they (government officials) actually are the custodians of the items.

“These items were all donated to the government to be handed over to front line health workers to protect themselves against this the COVID-19. But they sold them all and now coming back to say that some people are hoarding them” – He said