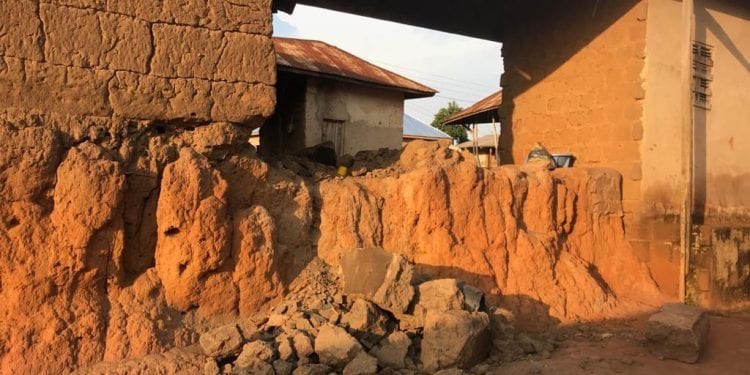 17
SHARES
93
VIEWS
Share on FacebookShare on TwitterShare on WhatsApp

A 31-year-old farmer, Ama Mary, has died alongside her one and half-year-old child after their mud house collapsed on them at Akrobi in the Wenchi Municipality of the Bono Region.

The body of the deceased and her child have been deposited at the Wenchi Methodist Hospital Morgue awaiting autopsy.

The Assembly Member for the Akrobi Electoral Area, Wiston Gyan confirmed the tragedy to Citi News.

“They died instantly. By the time the rescuers got them out of the rubble, they were already gone,” the Assembly Member said.