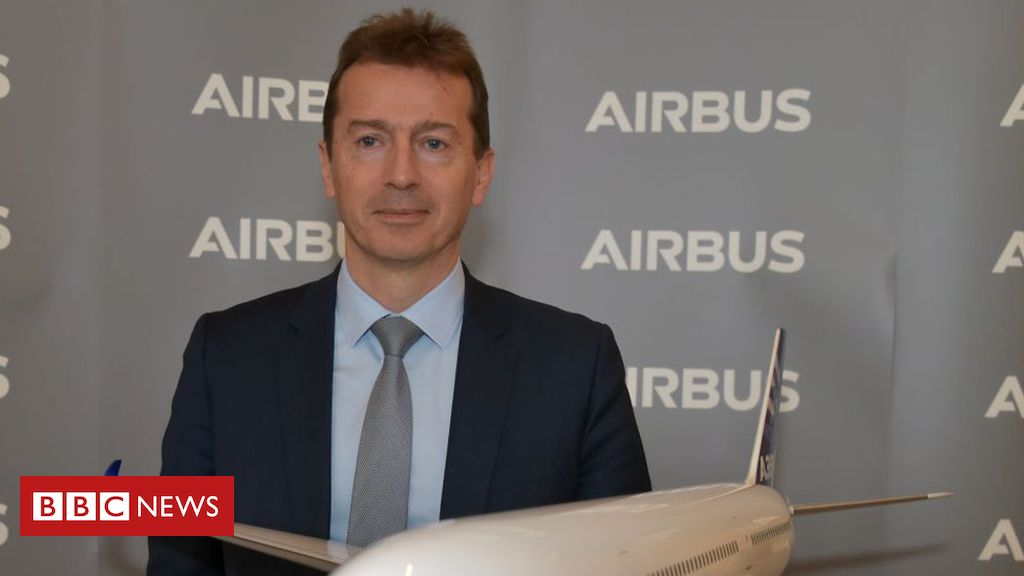 The chief executive of Airbus has reportedly issued a stark assessment of the impact of the coronavirus pandemic on the plane maker.

In a letter to workers, seen by news outlets, Guillaume Faury is said to have warned the company was “bleeding cash at an unprecedented speed”.

This month the firm announced it was cutting aircraft production by a third.

It comes as the aviation industry is expected to shrink significantly in the wake of the Covid-19 outbreak.

Mr Faury also told Airbus’ 135,000 staff to brace for potentially deep job cuts and warned that its survival was at stake without immediate action, according to the Reuters news agency.

It comes days before Airbus is due to deliver financial results for the first quarter of the year. Those figures will be overshadowed by the pandemic that has left global airlines struggling to survive and almost completely halted plane deliveries since lockdowns started in March.

Greg Waldron, from the aviation industry news website Flight Global, highlighted the huge impact of coronavirus on Airbus and the sector as a whole, saying: “Every assumption we had about the industry has been totally upended.”

“The outlook for Airbus has gone from very positive to very negative. There’s simply no demand for new aircraft at the moment.”

In response to the pandemic Airbus had already begun implementing government-assisted furlough schemes starting with 3,000 workers in France and said it would lower output of its narrow-body jets to 40 a month.

Airbus has around 13,500 workers in the UK, with most of them making wings at its two major sites in Broughton, north Wales, and Filton, Bristol.

Despite the major blow the coronavirus has dealt to Airbus, Mr Waldron thinks it will survive this crisis but not without significant layoffs.

“Airbus is a crucially important industrial programme for Europe, I think Europe will be committed to keeping Airbus going,” he said.

“However, there’s going to be a great deal of pain to go through. If they cut production rates quite significantly you’re going to see large numbers of layoffs. I would expect in a few years years you’ll see a smaller leaner Airbus than what we have now.”

Airbus did not immediately reply to a request for comment from the BBC.