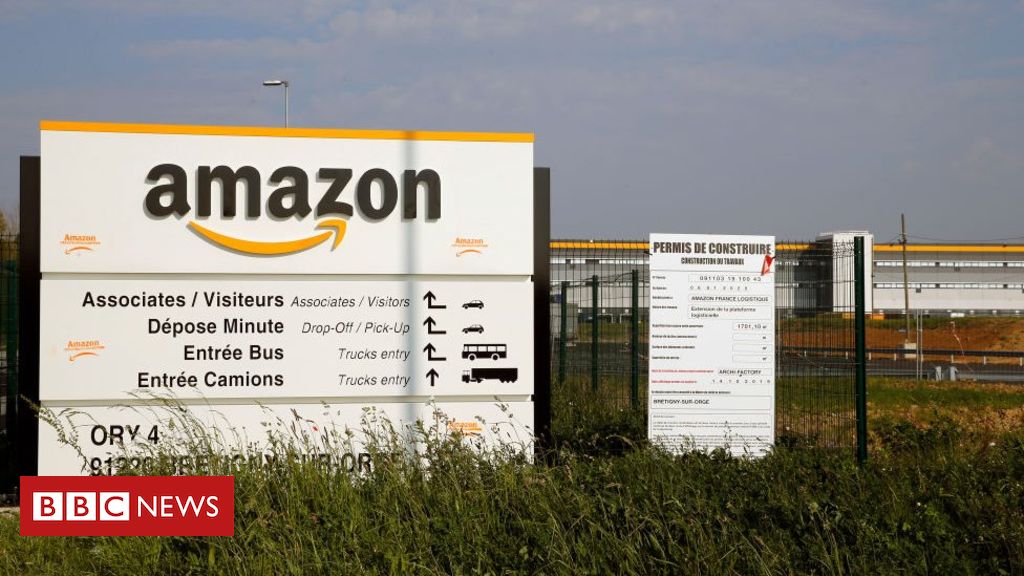 Amazon will keep its six warehouses in France closed until at least Wednesday as a row about sanitary conditions continues.

Unions say that workers in the company’s packaging centres are not being kept safe during the coronavirus pandemic.

Last week a French court ordered Amazon to restrict deliveries to non-essential items while checks were carried out.

Global demand for online deliveries has skyrocketed as many countries closed shops to comply with coronavirus lockdowns.

Amazon workers have raised concerns about their health and working conditions in Europe as well as the US, claiming it is almost impossible to practice social distancing.

The company says its guidelines are adequate and that it provides employees with face masks.

On Tuesday a court ruled it must limit deliveries while an investigation takes place into whether it is taking sufficient precautions.

It followed legal action by French union group Solidaires Unitaires Démocratiques (Sud) that claimed more than 100 Amazon employees were forced to work in close proximity to each other.

The court said Amazon had “failed to recognise its obligations regarding the security and health of its workers”.

Amazon says it has presented evidence of compliance and that it will appeal the court’s decision.

It also said that the definition of essential goods was not clear.

From Thursday it closed its warehouses where items are processed and packaged. That has now been extended to 22 April.

It says it aims to minimise disruption by using other warehouses in Europe to fulfil orders, but acknowledges there could be delays of up to four weeks.

Last month, the France’s finance minister Bruno Le Maire said that Amazon was putting “unacceptable” pressure on its workers by refusing to pay them if they didn’t go into work.

Earlier in March, several hundred Amazon workers there held a walk-out in protest against the company.

Unions argued that Amazon delivers very few groceries, while many of its deliveries are non-essential.

In March Amazon fired a worker in New York City, US who organised a protest over working conditions in warehouses.

Perkins and FDR left a blueprint for handling mass unemployment, but Trump’s ignoring it

Perkins and FDR left a blueprint for handling mass unemployment, but Trump's ignoring it