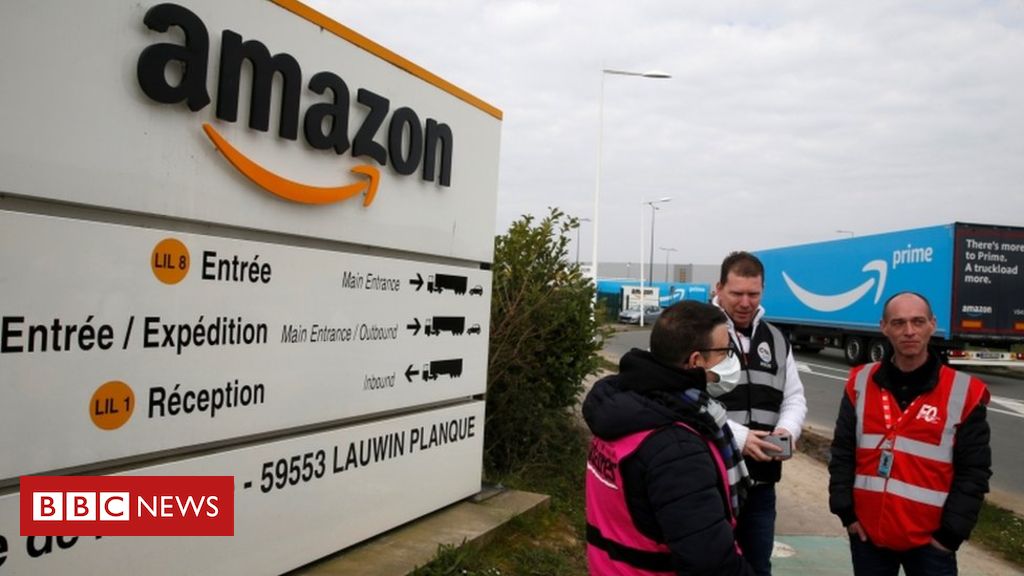 Amazon is going to temporarily close its six warehouses in France after a court ordered it to stop all but essential deliveries.

An internal document sent to unions on Wednesday said the closures would last from Thursday until at least 20 April.

It added that it will use a state partial-unemployment scheme to pay the 10,000 workers employed at the warehouses, Reuters reported.

The company had been taken to court by a group of French trade unions.

On Tuesday a court in Nanterre ordered Amazon to limit deliveries to allow a thorough inspection into whether it was taking adequate precautions to protect its staff.

The court said Amazon had “failed to recognise its obligations regarding the security and health of its workers”. The company could have been fined €1m ($1.1m; £0.87m) per day if it had failed to comply.

In a statement released after the ruling, Amazon said: “We’re puzzled by the court ruling given the hard evidence brought forward regarding security measures put in place to protect our employees.”

The company added that it would appeal against the decision.

In the internal document sent to unions on Wednesday, it added: “The company is forced to suspend all production activities in all of its distribution centres in order to assess the inherent risks in the Covid-19 epidemic and take the necessary measures to ensure the safety of its employees.”

What were the allegations against Amazon?

Amazon has experienced a surge in online orders globally as a result of the coronavirus pandemic – leading to increased scrutiny of its treatment of workers.

In France, labour inspectors had previously ordered Amazon to improve working conditions at five of its sites.

A legal complaint was filed against the company’s French subsidiary by a group of trade unions in the country, which claimed that more than 100 workers were being forced to work in close proximity to one another.

Some of them called for the complete closure of the company’s business in France. Failing that, they had asked for stricter restrictions on what kind of deliveries it could carry out.

Last month, French Finance Minister Bruno Le Maire said Amazon was putting “unacceptable” pressure on its workers by refusing to pay them if they didn’t go into work.

And earlier in March, several hundred Amazon workers in France held a walk-out in protest against the company.

Unions argued that Amazon delivers very few groceries, while many of its deliveries are non-essential.

Richard Vives, from the CAT union, told Reuters last month: “We feel really unsafe and I’ve got colleagues who are coming to work feeling fearful.”

Amazon has repeatedly denied claims it is not taking sufficient measures to protect its staff.

It says it has brought in stricter cleaning protocols and has ensured that “employees can keep the necessary distance from one another”.

It has also said it will introduce temperature checks and face masks for staff at all of its US and European warehouses.