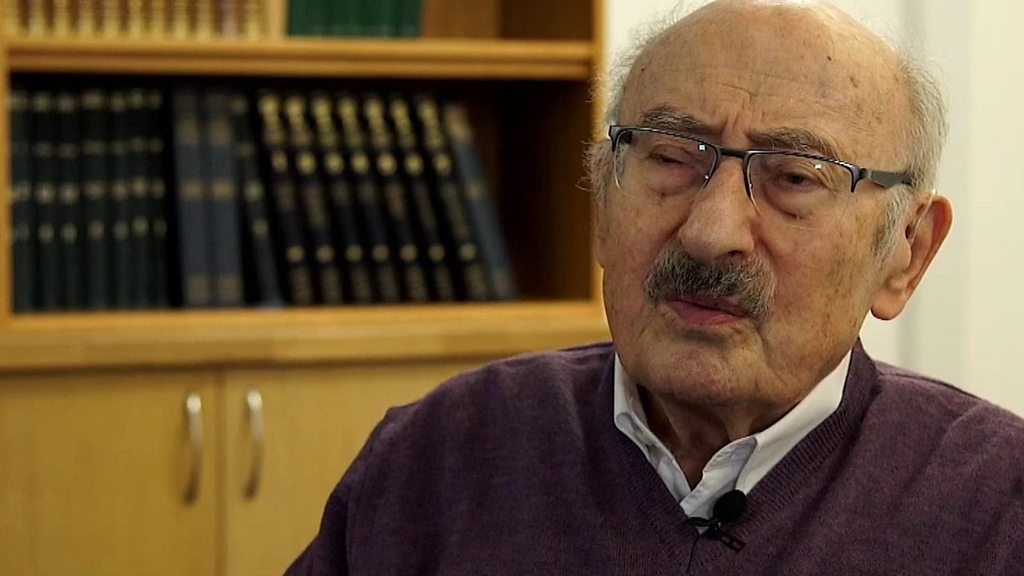 One of Belgium’s last Holocaust survivors, Henri Kichka, has died of Covid 19.

He passed away on Saturday in a Brussels care home at the age of 94.

He was one of a handful of men and women left who had survived Auschwitz, the Nazi death camp in occupied southern Poland during World War Two.

He spoke to the BBC in January about his experience. Asked how he survived, he said: “You did not live through Auschwitz. The place itself is death.”

In a Facebook tribute, his son Michel Kichka wrote: “A small microscopic coronavirus has succeeded where the entire Nazi army had failed. My father had survived the Death March, but today his Life March has ended.”

Henri Kichka was born in Brussels in 1926, in a Jewish family of Polish origin. His parents had fled anti-Semitism in Eastern Europe to build new lives in the West.

When Nazi Germany invaded and occupied Belgium, they were left with nowhere to hide and were soon deported, in 1942.

Henri and his father were to work as slave labourers, while the women of the family – Henri’s mother and his sisters as well as his aunt – were taken to Auschwitz where they were gassed and cremated as soon as they arrived.

In 1945, Henri was marched to a German camp by Nazi guards who sent starving camp prisoners on “death marches” westwards as Soviet forces approached Nazi camps in eastern and central Europe.

For years after the war, Henri never spoke of his experience.

He married, opened a shop with his wife, and built a family: four children, nine grandchildren and 14 great-grandchildren.

But later on, he started to give lectures in schools, feeling it was worth suffering the pain of remembering to make sure that others did not forget.

And 60 years after the war ended, Henri published a memoir of his life in the camps, to make sure his voice would still be heard when he was gone.

Find out more about Auschwitz and the Holocaust:

Pulse oximeters: What to know about whether you need one

Pulse oximeters: What to know about whether you need one