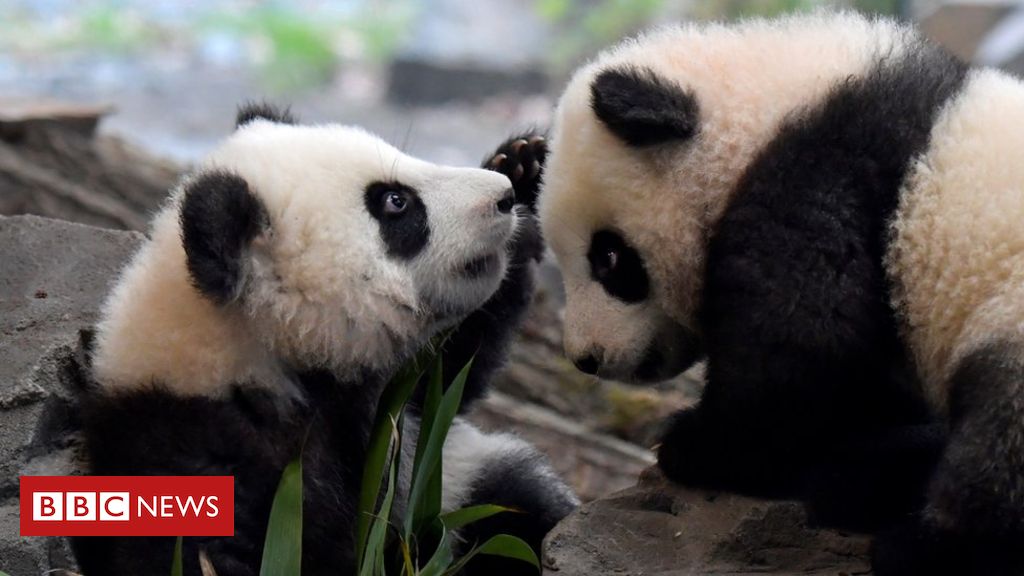 Zoos that should have been crowded in the sunny Easter holidays are now hard up, asking for donations, as the coronavirus lockdown bites.

A zoo director in northern Germany has even admitted that some animals might soon have to be fed to others, if the zoo is to survive.

Berlin Zoo has infant panda twins, but their fans can only watch them online.

“Constantly we’re thinking ‘the visitors should be watching them live’. We don’t want the little pandas to be grown up by the time we finally reopen.”

Ms Kaspari in Neumünster said killing some animals so that others could live would be a last resort, and “unpleasant”, but even that would not solve the financial problem.

The seals and penguins needed big quantities of fresh fish daily, she pointed out.

“If it comes to it, I’ll have to euthanise animals, rather than let them starve,” she said.

Ms Kaspari’s zoo belongs to an association, which is not covered by the state emergency fund for small businesses.

Germany’s national zoo association (VdZ) argues that zoos, unlike many other businesses, cannot go into hibernation and run down costs. Animals still have to be fed daily and looked after, while a tropical enclosure has to be heated above 20C.

Schönbrunn Zoo, one of Vienna’s top attractions, says it can manage for the time being, drawing on existing savings.

But on 1 April it sent 70% of its 230 staff on three months’ furlough – sent home with their jobs safeguarded. Austria has a “Kurzarbeit” (subsidised short-time work) system like Germany’s, so that most workers do not lose their jobs when their employer hits hard times.

Some zookeepers have also warned that the crisis has an emotional cost for certain animals, because they miss the attention they get from the public.

She said seals and parrots were also fascinated by their visitors and “for them now it’s really pretty boring”.

“They’ve started to much more actively approach every single person who walks past their enclosure,” it said.

COVID-19 : How Come Their God Haven’t Been Able To Save Them? – Nana Tornado Asks | General Entertainment

COVID-19 : How Come Their God Haven’t Been Able To Save Them? - Nana Tornado Asks | General Entertainment