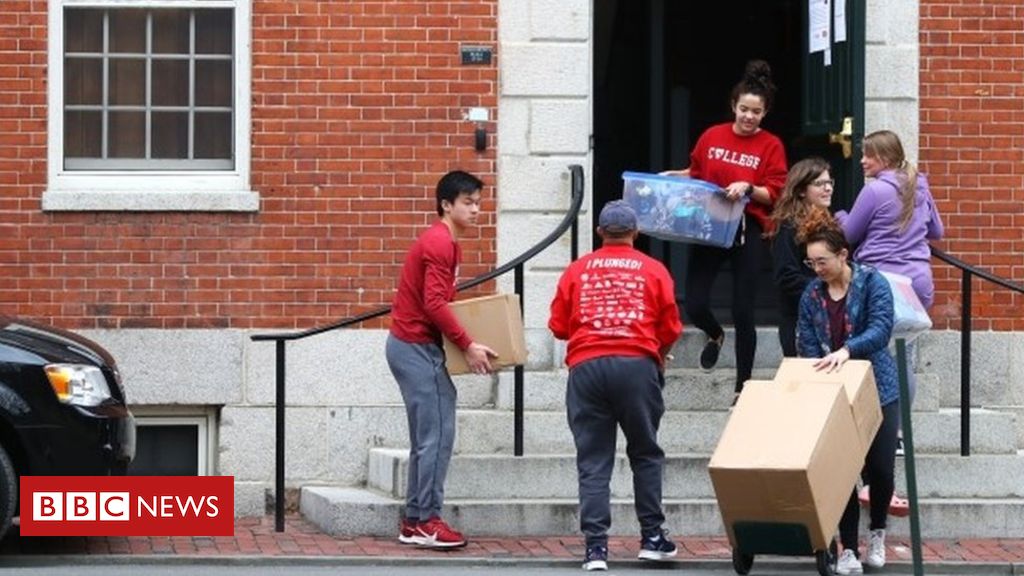 Harvard University has pushed back against US President Donald Trump after he demanded it pay back nearly $9m (£7.3m) in coronavirus relief aid.

The president said he was unhappy that the ultra-wealthy Ivy League college had received stimulus money.

But the university said the funds would help students facing “urgent financial needs” because of the pandemic.

Harvard is rated the world’s wealthiest university with an endowment fund valued at $40bn.

At Tuesday’s coronavirus briefing, Mr Trump told a journalist: “I want Harvard to pay that money back, OK? If they won’t do that, we won’t do something else.

“They have to pay it back, I don’t like it. This is meant for workers, this isn’t meant for one of the richest institutions, not only, far beyond schools in the world. They got to pay it back.”

But Harvard did not say it would pay the money back.

The college tweeted: “Harvard has committed that 100% of these emergency higher education funds will be used to provide direct assistance to students facing urgent financial needs due to the Covid-19 pandemic.”

The university said it had already provided financial assistance to students with travel, living expenses and online education amid the pandemic.

But Harvard disputed the president’s suggestion that it had received aid through the Payment Protection Program, a fund intended as a lifeline for businesses struggling amid the pandemic.

Harvard said it had instead benefited from the stimulus bill’s Higher Education Emergency Relief Fund, which disburses money based on an institution’s overall number of students and how many lower-income students are enrolled.

The Cares Act reserved $12.5bn in federal aid to about 5,000 colleges and universities.

Harvard was not the only elite university to receive a windfall under the stimulus. Princeton, which has a $26bn endowment, is getting $2.4m, while Yale – endowment $30bn – is receiving $6.9m.

The US Senate on Tuesday approved another $330bn of emergency relief funds to help small businesses stay afloat during the pandemic after the original aid package of $350bn ran out of money last week.

The PPP was designed to help so-called mom-and-pop stores keep staff on the payroll during the coronavirus emergency that has left 22 million American workers claiming unemployment benefits.

But instead of going towards such small businesses, nearly $250bn of the initial stimulus went to publicly traded companies with market values topping $100m, according to analysis from Morgan Stanley, an investment bank.