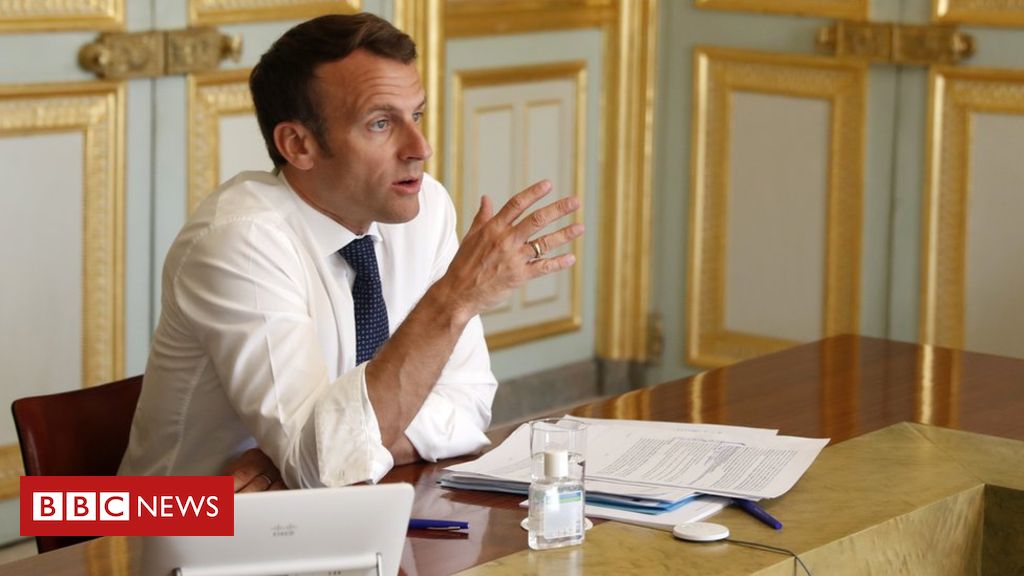 French President Emmanuel Macron has questioned China’s handling of the coronavirus outbreak, saying things “happened that we don’t know about”.

Mr Macron told the Financial Times it was “naive” to suggest that China had dealt better with the crisis.

It follows a row sparked by an article on the Chinese embassy’s website that said Western countries had left the elderly to die in care homes.

China dismissed the row as a “misunderstanding”. Government spokesman Zhao Lijian said China had never made any negative comments about how France was coping with the epidemic “and has no intention of making any”.

France has seen 141,000 cases of Covid-19 and nearly 18,000 deaths. China has recorded 4,632 deaths – including an extra 1,290 deaths announced on Friday in the city of Wuhan, where the pandemic started and where a strict lockdown has only recently been lifted.

Local officials said early reporting there had been delayed and inaccurate.

Countries including the US, the UK and France have questioned China’s transparency over the outbreak.

What did Macron say?

Asked if China’s authoritarian response to bring the outbreak under control had exposed the weakness of Western democracies, Mr Macron told the FT that there was no comparison between open societies and those where truth was suppressed.

“Given these differences, the choices made and what China is today, which I respect, let’s not be so naive as to say it’s been much better at handling this,” he said.

“We don’t know. There are clearly things that have happened that we don’t know about.”

He said that abandoning freedoms to fight the pandemic would threaten Western democracies.

“We can’t accept that. You can’t abandon your fundamental DNA on the grounds that there is a health crisis.”

What other response has there been?

British Foreign Secretary Dominic Raab told a news conference on Thursday that “hard questions” would have be asked about how the outbreak started “and how it couldn’t have been stopped earlier”.

He said there would have to be a “deep dive” into how the virus was able to spread from China and said it could not be “business as usual” after the crisis.

US President Donald Trump has also taken a hard line against China.

On Wednesday, asked why the US accounted for such a high proportion of the global death toll of more than 137,000, he accused other countries of lying about their mortality rates

“Does anybody really believe the numbers of some of these countries?” he said, naming China.

He said the US was looking into unverified reports that the coronavirus may have emerged from a laboratory in Wuhan rather than in a market in the city, as has been widely reported.

“I will tell you more and more we’re hearing the story and we’ll see,” Mr Trump said at his daily briefing.

Fox News, attributing unnamed sources, has suggested that the coronavirus accidentally leaked from a Wuhan facility because of lax safety protocols, infecting an intern, who then transmitted it to her boyfriend.

US media have previously reported that the US embassy in Beijing had raised concerns about safety at two laboratories in Wuhan in recent years.

Global economy may not recover fully by 2021, IMF says