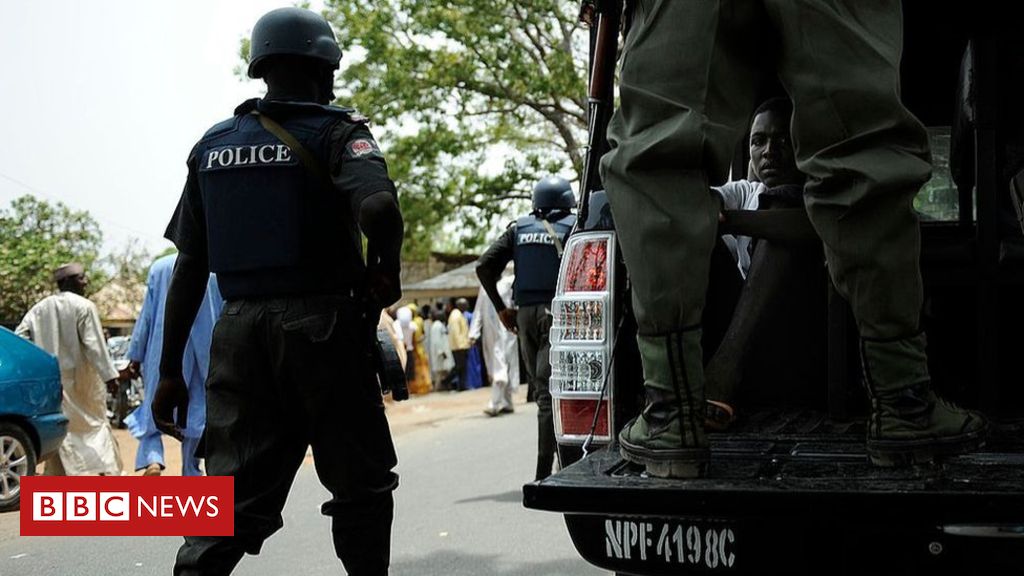 Security forces enforcing the lockdown in parts of Nigeria have killed more people than coronavirus itself, a local rights group says.

Evidence of the killings comes from members of the public who rang their hotline or sent in videos, the National Human Rights Commission (NHRC) adds.

It says law enforcers have killed 18 people in Nigeria since lockdowns began on 30 March.

Coronavirus has killed 12 people, according to health ministry data.

Nigeria, which has a population of about 200 million people, has reported 407 cases of coronavirus but there are fears it could spread quickly in overcrowded parts of the country.

Nigerian security forces have a reputation for brutality.

At least 1,476 people were killed by state actors in the country over the past year, says the Council on Foreign Relations.

In its report about Nigeria’s coronavirus lockdown period, the NHRC, a government agency, said it had found “8 separate incidents of extrajudicial killings leading to 18 deaths”.

In total the group said it received more than 100 complaints across 24 of Nigeria’s 36 states – including Lagos, Ogun and Abuja. Those three parts of the country this week had their two-week lock down extended.

Other areas have set a variety of restrictions, which have seen the police and army called out to enforce them.

Nigerian security forces have not responded to the NHRC’s report.

But earlier this month, Nigeria’s police force encouraged citizens to report officers who violate rules on conduct adding “the rights of Nigerians are not infringed upon under any pretext”:

for the enforcement of the lockdown and social restriction orders to ensure that the *rights of Nigerians* are not infringed upon under any pretext.

Mixed message from the president

This report won’t come to many Nigerians as much of a surprise. Nigeria’s police have a bad reputation for brutality, extortion and harassment even before the current coronavirus pandemic and the lockdown imposed to contain the virus.

What is more interesting is however, the fact that the latest damning report did not first come from their usual fierce critics like Human Rights Watch and Amnesty International. Instead it came from a Nigerian government agency.

The Nigerian police authorities say they are doing their best in bringing erring officers to justice.

During the current lockdown, the police in Lagos arrested an officer who was seen in a video extorting about $110 (£90) from a motorist.

The police spokesperson for Lagos told me the officer was being tried, while the money has been returned to the victim. Another officer was demoted in Akwa Ibom state for assaulting a medical doctor during the restriction period.

While addressing Nigerians on the lockdown measures on Monday, President Muhammadu Buhari sent a mixed message on the role of the security forces, saying: ”The security agencies have risen to the challenges posed by this situation with gallantry and I commend them. I urge them to continue to maintain utmost vigilance, firmness as well as restraint in enforcing the restrictions orders, while not neglecting statutory security responsibilities.”

As the lockdowns and other security issues continue, many Nigerians have little confidence that the attitude of the security forces will improve soon despite assurances by the authorities.