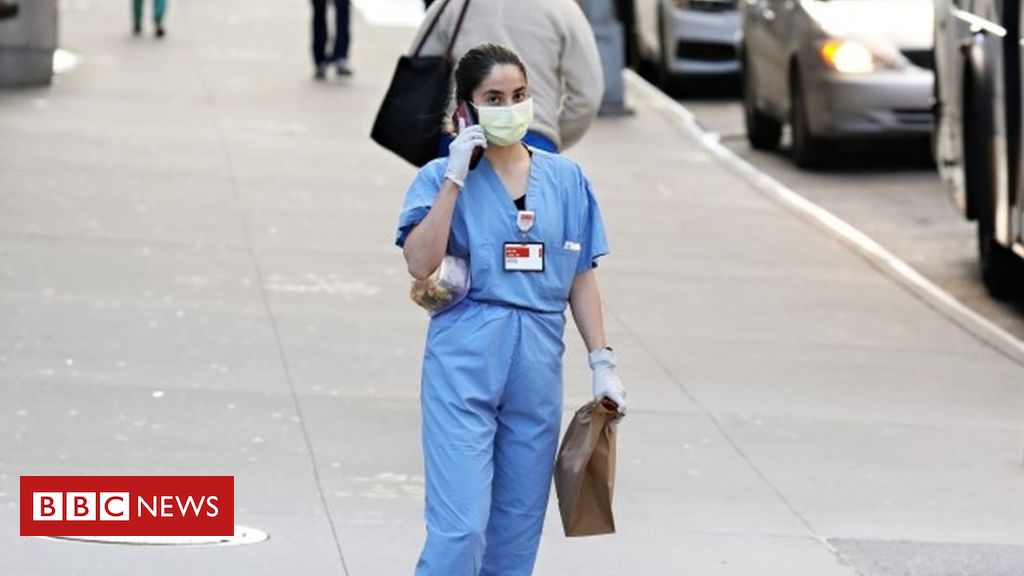 A second wave of coronavirus cases in the US could be even worse than the first, the country’s top health official has warned.

Centers for Disease Control and Prevention (CDC) director Robert Redfield said the danger was higher as a fresh outbreak would likely coincide with the flu season.

It would put “unimaginable strain” on the US health care system, he said.

More than 45,000 people have so far died with coronavirus across the US, according to a tally kept by Johns Hopkins University.

California had its highest one-day rise in new cases on Monday while New Jersey, the worst-hit US state apart from New York, saw its highest increase in deaths in one day.

In other developments in the US:

In an interview with the Washington Post, Mr Redfield said that “there’s a possibility that the assault of the virus on our nation next winter will actually be even more difficult than the one we just went through”.

He urged officials in the US to prepare for the possibility of having to confront a flu and a coronavirus epidemic at the same time.

Mr Redfield stressed the importance of getting flu shots. He said that getting vaccinated “may allow there to be a hospital bed available for your mother or grandmother that may get coronavirus”.

His warning comes as several US states are moving to ease lockdown restrictions.

Mr Redfield said that social distancing remained key to curb the spread of the virus and urged officials to keep stressing its importance even as restrictions on movement were lifted.

He said recent anti-lockdown protests were “not helpful”.

He urged state and federal officials to step up tests to identify those who have coronavirus and the people they have had contact.

He said that the Centers for Disease Control planned to hire more than 650 people – more than doubling its current staff – to help with contact tracing among other things.

The CDC was also exploring the possibility of using Census Bureau workers to help with contact tracing he said.

Cartoon: Let's open up the economy (and kill you)!

Cartoon: Let's open up the economy (and kill you)!