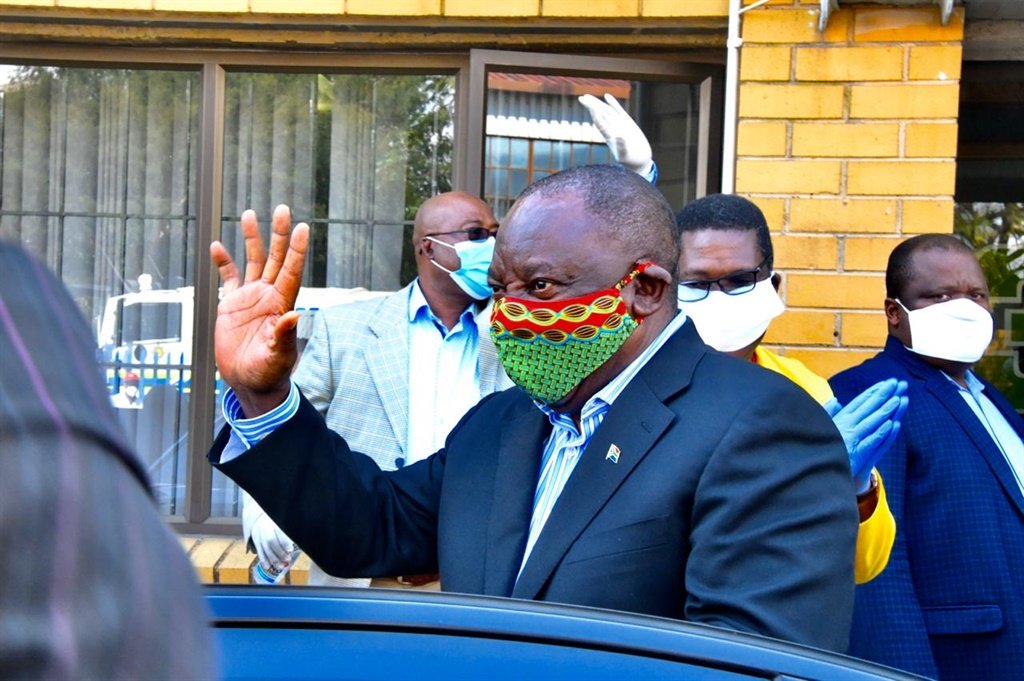 President Cyril Ramaphosa has heaped praise on Gauteng for its state-of-readiness in the midst of the increasing number of Covid-19 cases in the country.

Ramaphosa joined Premier David Makhura and Health MEC Bandile Masuku for a tour of three of the province’s facilities on Friday, which included a field hospital set up at the Nasrec expo centre, a food bank and Charlotte Maxeke Hospital.

He was in a jovial mood, even joking about his struggle to wear a face mask on live television the previous evening.

Ramaphosa praised the provincial government and healthcare workers leading its response to the deadly pandemic, saying they have shown great dedication, commitment and sacrifice.

“The question of financial resources becomes easy when a province demonstrates innovation and is being far-sighted, [showing] foresight and in many ways really working hard to make sure it safeguards the life as well as the health of the people of this province.”

He said the hospital, which currently has 19 intensive care units, would be ramped up by 100.

“That is phenomenal, and in many ways this hospital, through the Covid crisis, [is] being transformed to be ready for NHI [National Health Insurance], and we are putting the building blocks in place,” he added, referring to the country’s vision of universal health care.

Ramaphosa said he believed other provinces – including the Eastern Cape which has worried Health Minister Zweli Mkhize about its ability to prepare for a potentially large number of coronavirus patients – were working hard to screen and test more people to halt the spread of the virus.

The country has been under a lockdown since 26 March as the government seeks to halt the spread of the pandemic which has killed 75 people, while 3 953 have tested positive.

No WHO discussions with Trump

Ramaphosa, who announced on Thursday via his Twitter account he had spoken to US President Donald Trump, said the US leader initiated the call to show his support for South Africa.

“He wanted to know how we are doing as South Africa and pledge his support. He also said he was most impressed, from the reports he had seen, with how we were managing Covid-19.”

He added they had not discussed Trump’s decision to halt financial aid to the World Health Organisation (WHO), standing firm on South Africa’s views on the matter.

Ramaphosa said the WHO deserved an increase of funding while navigating the pandemic.

He added he had also spoken to German Chancellor Angela Merkel on Friday, who told him her government was willing to offer assistance and to learn from South Africa, where possible.

“I have been speaking to many other heads of state, there is a general sense of solidarity that is going on around the world,” said Ramaphosa.

The president also praised the media in the country, saying he was “very happy” with how journalists were covering the Covid-19 story.

NDC on rampage in Winneba

NDC on rampage in Winneba