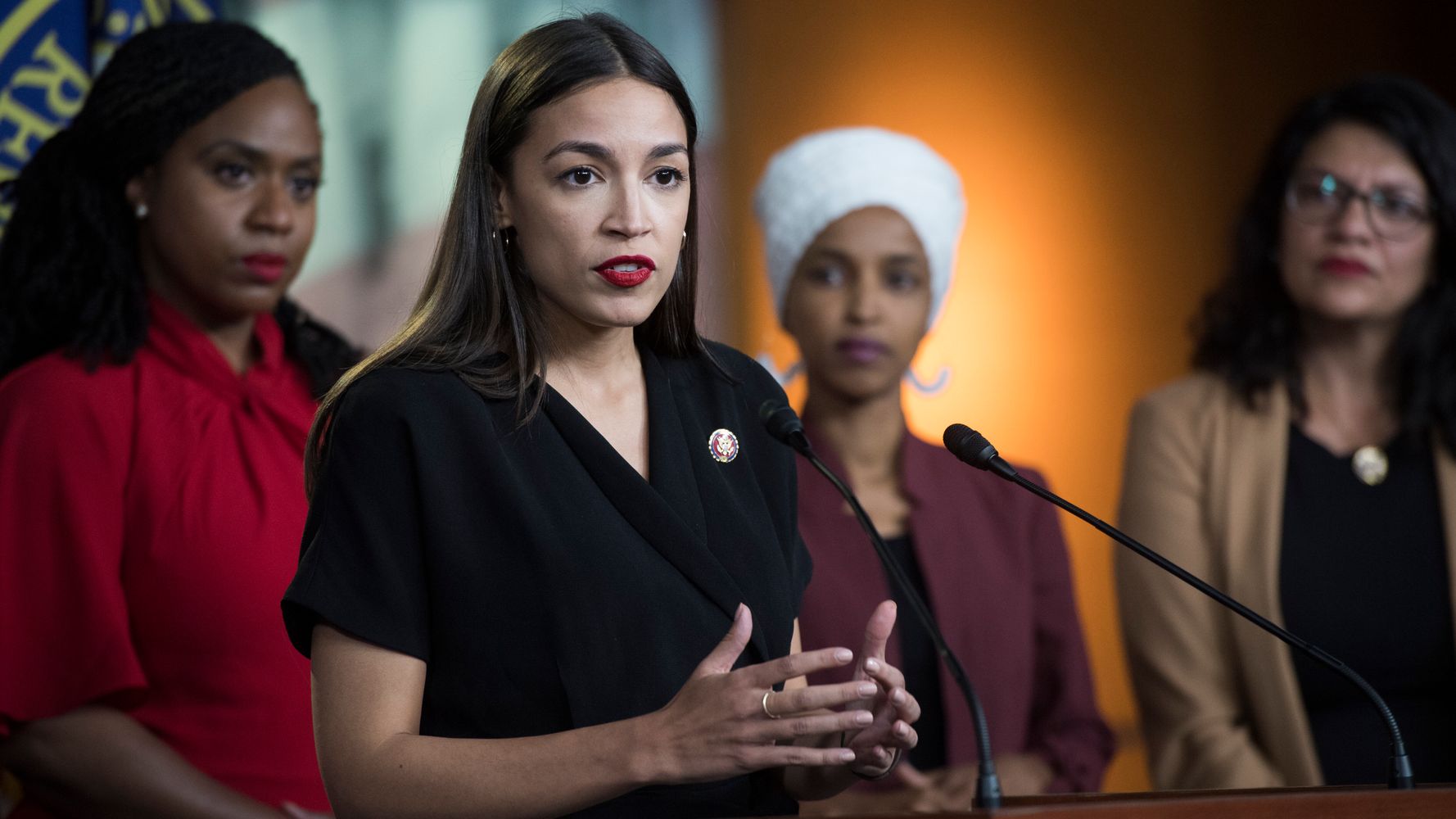 The Democratic Congressional Campaign Committee, which helps elect Democrats to the House, says it is prepared to assist Reps. Alexandria Ocasio-Cortez (N.Y.) and Rashida Tlaib (Mich.) with their reelection should the congresswomen request help from the campaign arm.

Neither candidate has reached out to the DCCC with a request of that kind yet, according to the party body.

“We stand by all of our incumbents and will continue working with our members to ensure that we protect and expand the House majority in 2020,” DCCC spokesperson Robyn Patterson said in a statement.

The Tlaib campaign declined to comment on its plans. A spokesperson for Ocasio-Cortez did not respond to multiple requests for comment.

The DCCC’s offer of support is notable because Ocasio-Cortez, in particular, has criticized the campaign arm for its policy of blacklisting vendors that work for candidates challenging incumbent House Democrats.

Ocasio-Cortez and Rep. Ayanna Pressley (D-Mass.), another member of the “Squad” of outspoken progressive, freshman lawmakers, won their seats in 2018 through successful primary challenges that they maintain might have been harder to achieve if the DCCC policy had then been in place.

Progressive critics identified the DCCC’s policy as an effort to stifle a progressive insurgent wave on behalf of the party’s conservative wing. Ocasio-Cortez, a prolific fundraiser, has even cited the policy as a reason to justify her refusal to contribute her share of dues to the party organization. She instead prefers to raise money for individual House Democrats who need the help, launching her own PAC in January to further that goal.

But the DCCC made clear at the time that its policy would apply equally to progressive incumbents facing primary challenges from the right.

In practice, the party has already shown it is willing to follow through on that promise. New Blue Interactive, a digital consulting firm founded by a former managing director of the DCCC, canceled its contract with Antone Melton-Meaux, an attorney challenging progressive Rep. Ilhan Omar of Minnesota, and refunded the candidate’s money when it realized it had run afoul of the new rules. (Critics still lament that Melton-Meaux was able to keep the email list he received as part of the brief relationship.)

Now the campaign arm is promising to demonstrate the consistency of its policy yet again. Ocasio-Cortez and Tlaib, who make up one half of the Squad, face potentially significant challenges in their Democratic primary elections. (Both legislators represent districts that are not competitive in the general election.)

Former CNBC anchor Michelle Caruso-Cabrera claims to have raised $1 million in her bid to unseat Ocasio-Cortez. She has also landed the influential endorsement of the U.S. Chamber of Commerce, a deep-pocketed front group for big business that disproportionately supports Republicans.

And Detroit City Council President Brenda Jones, who is taking on Tlaib, trails Tlaib by just 9 percentage points in a recent poll. Jones, who is Black, is vying to represent a majority-Black district that had been represented by a Black member of Congress until Tlaib’s victory.

Tlaib, who narrowly defeated Jones in an open primary to succeed the late Rep. John Conyers in August 2018, notably did not speak out about the DCCC blacklist on social media. She had not paid dues to the DCCC as of the end of 2019.

It’s possible that neither candidate feels the need to seek outside help. Both incumbents boast massive campaign war chests. Tlaib retained $1.2 million in cash on hand as of the end of 2019, and Ocasio-Cortez had $2.9 million.

They also have plenty of time to shore up their standing. Ocasio-Cortez’s primary is on June 23, while Tlaib’s is due to take place on Aug. 4.

If Tlaib and Ocasio-Cortez decide to call on the DCCC for help, it is likely that it would take the form of advice and distribution of in-kind resources rather than direct cash aid. The DCCC did not provide cash aid to this election cycle’s most embattled incumbent House Democrats, Reps. Henry Cuellar of Texas and Dan Lipinski of Illinois. The campaign arm would not comment on its discussions with those two incumbents, and thus, what other help they might have received.

Trump Wanted a Radio Show, but He Didn’t Want to Compete With Limbaugh

Trump Wanted a Radio Show, but He Didn’t Want to Compete With Limbaugh