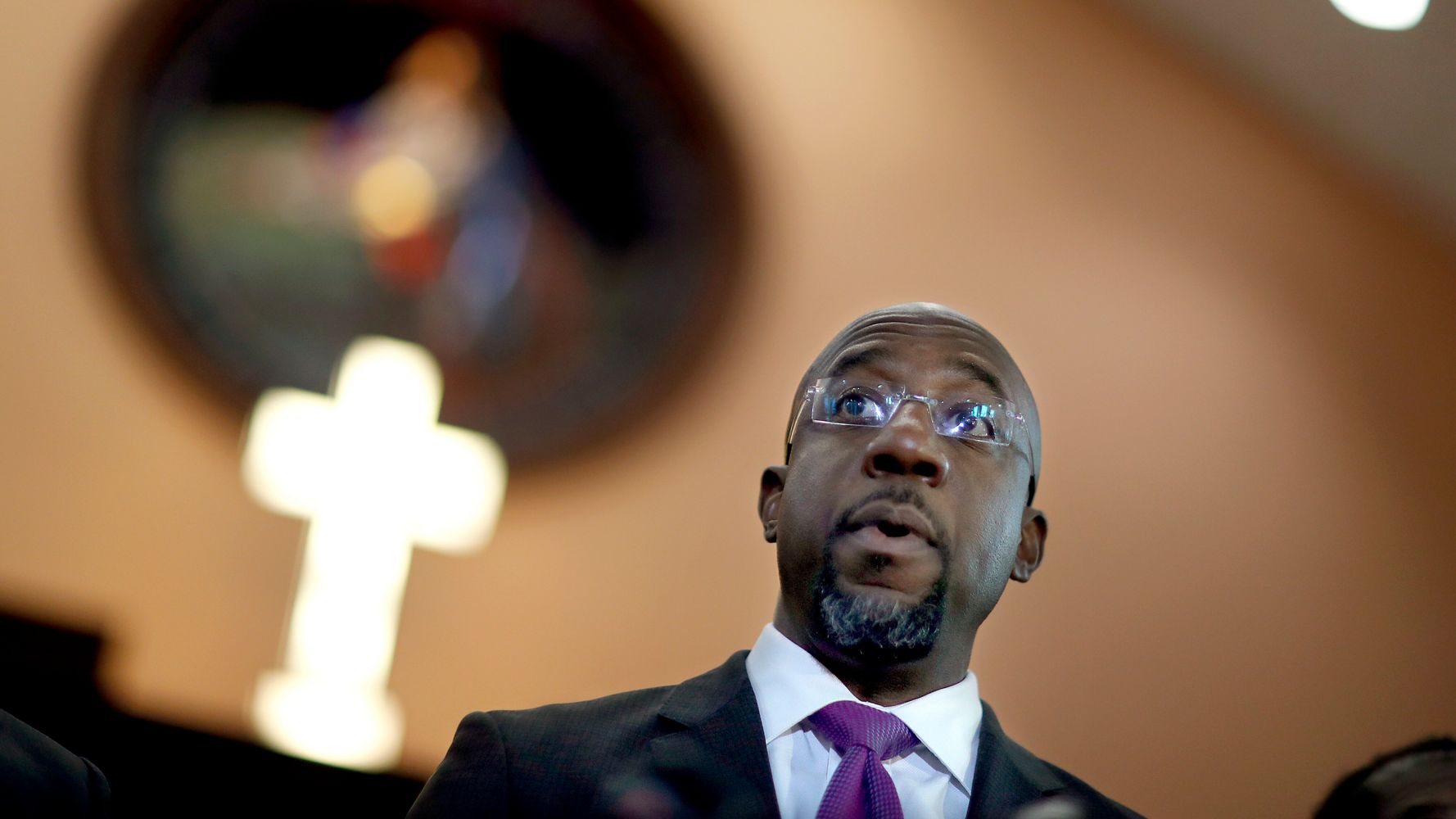 Out of the 21 candidates running for U.S. Senate in Georgia’s special election race, it was the Rev. Raphael Warnock who came out on top in the money race for the first quarter.

Warnock, a Democrat and first-time candidate, outraised both Sen. Kelly Loeffler and Rep. Doug Collins, the top two Republicans in the race.

“I think it’s because people respect our message,” Warnock told HuffPost in an interview. “I’ve been focused on this whole issue of health care for years. I’ve been fighting for accessible and affordable health care, which I see as a human right. And the COVID-19 challenge really brings into sharp focus the issues that I’ve been advocating for for years.”

Warnock is the senior pastor at the Ebenezer Baptist Church, the famous Atlanta church where the Rev. Martin Luther King, Jr. preached. He’s not the only Democrat in the race, but he has the support of the Democratic Senatorial Campaign Committee, former United Nations Amb. Andrew Young (who was a close King confidante) and former Georgia gubernatorial candidate Stacey Abrams.

Gov. Brian Kemp (R) appointed Loeffler to the Senate seat after Republican Johnny Isakson resigned last year, but she will have to fight to keep the position in the November special election. All candidates, regardless of party, will be on the ballot together. If no one receives more than 50% of the vote, the top two vote-getters will be on the ballot for a runoff in January 2021.

Loeffler has been wrapped up in a scandal for dumping millions in stock in the days and weeks after attending a private briefing on the coronavirus for senators. Members of Congress are barred from trading on non-public information that they get during their official duties.

“I think it’s the very kind of thing that turns people off from politics in the first place,” he said. “Where we’re seeing this unbroken trafficking between political backroom and corporate board rooms. And too often in our politics, you can’t tell one from the other. The folks who are in the political backrooms are the people in the corporate board rooms. When you are situated in both places, the onus is on you to work hard and very hard to prove to us that there really is a difference.”

Loeffler, a former Wall Street executive, is the richest member of Congress and her husband is the chairman of the New York Stock Exchange. While she said she did nothing wrong with the trades, she announced she and her husband would liquidate their individual stock shares to move on from the “distraction.”

Collins is Loeffler’s main competition for GOP support. He’s a staunch Trump defender. Although Trump has so far stayed neutral, he reportedly lobbied Kemp to choose Collins for the appointment that ultimately went to Loeffler.

Georgians will be voting for both its U.S. senators in November. So far, however, the races haven’t attracted the top-tier national attention that the Senate races in places like Maine, Colorado, North Carolina and Arizona have received, indicating that many Democratic strategists still see Georgia as a reach. No party-affiliated committee or super PAC has placed ad reservations in the state yet.

But Loeffler’s stumbles and Warnock’s fundraising strength may give the special election an extra boost.

For the past five weeks, the church services at Ebenezer have been conducted virtually. And two weeks ago, he had his first COVID-19 funeral ― a beloved football coach and father of twin 16-year-old daughters whom Warnock watched grow up as members of his congregation.

“They had to say farewell to their father as a result of this virus. And if that isn’t bad enough, on top of it, this virus requires us to do the opposite of what we would normally be doing at a time in the wake of death,” he said. “When we would be embracing one another, we have to engage in social distancing from one another. And so I conducted the entire funeral on a Zoom platform because we are clear that we didn’t want the funeral to produce additional funerals.”

Warnock said that for him, it’s important that any stimulus relief package keeps “struggling families and working people” at the center.

“We’ve seen stimulus packages before,” he said, “and sometimes they have done more than enough for people at the top ― and well-connected corporations and corporate interests ― and not nearly enough for people who are just sheltering in right now, dealing with everyday bread-and-butter conversations: Will I have a job next week? If I don’t, will the unemployment check come soon enough?”

Every now and then, the other side lets us know why they’re engaged in rabid voter suppression.
Rev. Raphael Warnock

Georgia, which is controlled by Republicans at the state level, recently made it easier for voters to cast a ballot through the mail for the May primary (which has since been pushed back to June).

But David Ralston, the Republican speaker of the state House, said he was opposed to that decision because absentee ballots would make it easier for people to vote ― and presumably increase turnout ― which would hurt Republicans.

“I wish I was surprised by a statement like that. Sadly, I’m not. Every now and then, the other side lets us know why they’re engaged in rabid voter suppression,” Warnock responded.

Warnock also said he does not yet have a position on whether to abolish the filibuster ― which essentially makes it so that every piece of legislation needs 60 votes, instead of 51, to clear the Senate.

“We’re taking a look at it. There are arguments worth engaging and taking seriously on both sides. I think the argument that moves, quite honestly, depending on who’s in power sometime. At the end of the day, senators get to vote, even with the filibuster. They have a voice. What I’m more focused on right now is the ability of ordinary people to have a voice and who gets to represent them in the most important deliberative body in the world.”