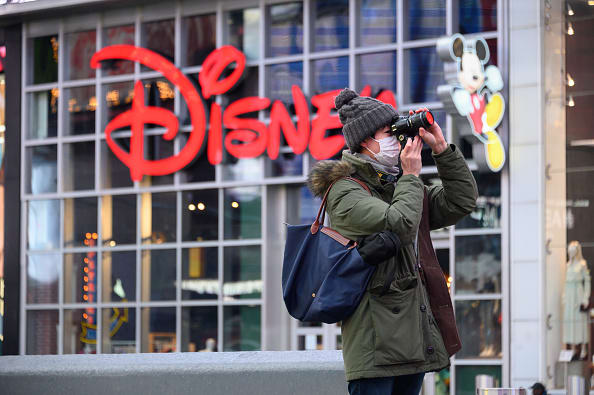 The outlook for media stocks is murky.

With investors still in the dark as to when things like theme parks and film production will reopen, the challenges facing media companies appear to be growing in number.

Evercore ISI analysts updated their forecast for several stocks in the space on Thursday, downgrading shares of Discovery, Fox, The New York Times, ViacomCBS and a few others to in line from outperform and naming Disney one of their top picks in the group.

Given that theme parks accounted for nearly 30% of Disney’s revenue last year and many of its upcoming films are now on hold, “all of this is a problem for Disney,” Gina Sanchez, founder and CEO of Chantico Global, told CNBC’s “Trading Nation” on Thursday.

“But I think that the stock itself has already reflected that … [and] that they’re carrying more debt on their balance sheet than they normally carry,” she said. “So, this has all been just a perfect storm for Disney, except that Disney+ has been a shining star.”

Sanchez agreed with Evercore ISI that Disney+’s success doesn’t appear to be priced into the stock. Disney shares are down more than 30% year to date.

“So, I think that, generally speaking, there is still a bright spot for Disney and the stock is priced for worse than what I think will happen. And so, I do think it represents value,” Sanchez said.

Todd Gordon, managing director at Ascent Wealth Partners, agreed that while damage for Disney stock in the near term has been significant, it’s worth looking at the bigger picture.

“If you go back since the credit crisis lows, we are still in a nice parallel uptrend channel here,” Gordon said. “We are bullish. We don’t hold the name right now in our portfolios at Ascent. We would look to reenter.”

Gordon bets that “people will eventually return” to buying Disney, but he recommends a different play for those focused on the nearer term.

“For now, within communications, you need to be looking at the digital online communication names. Netflix just came out with earnings, making all-time highs. We hold it in the portfolios. I hold option positions,” Gordon said. “It was kind of a bumpy earnings report but, again, a nice uptrend still intact here.”

Netflix recently “broke above the old highs at about $420,” which will be a bullish sign if the stock can stay above that level. Gordon said. “If we could hold above 420, I still think we will continue to move higher here in Netflix. So, we will return at some point to production in the movie names and media names, but for now, stick to online.”

93% With COVID Symptoms Didn’t Get Test