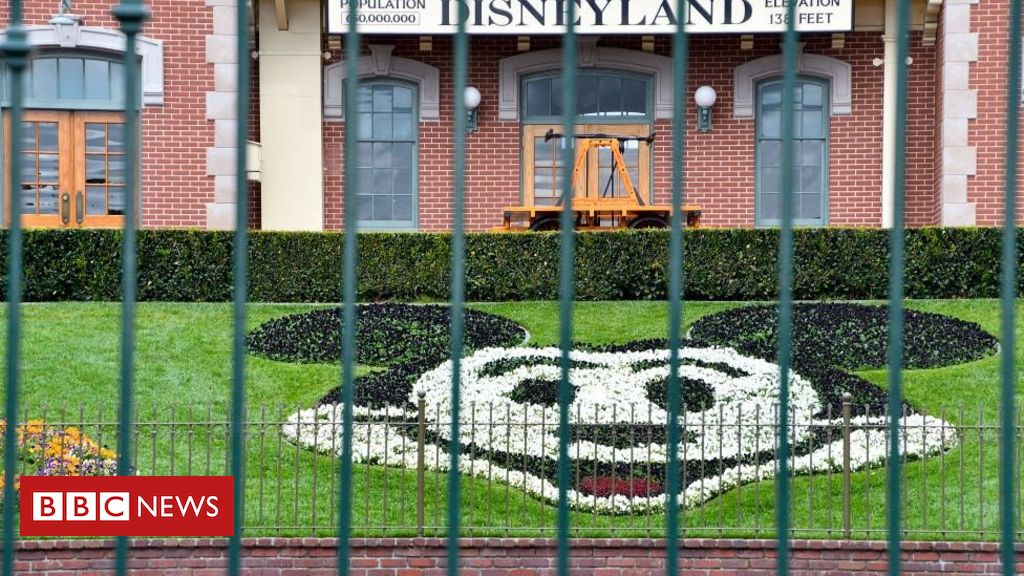 Walt Disney will stop paying more than 100,000 employees from this week as it struggles with coronavirus closures.

The world’s biggest entertainment group operates theme parks and hotels in the US, Europe and Asia.

Stopping pay for almost half of its workforce will save Disney up to $500m (£400m) a month, according to the Financial Times.

Disney made operating income of $1.4bn for its parks, experiences and products in the last three months of 2019.

The company said it will provide full healthcare benefits for staff placed on unpaid leave and urged its US employees to apply for government benefits through the $2tn coronavirus stimulus package.

Disney Plus racks up 50m subscribers in five months

Why Bob Iger’s Disney departure is a big deal

The number of Americans seeking unemployment benefits has been surging since its national lockdown, rising above six million. Protesters have taken to the streets in the US, demanding the reopening of economies.

The travel and leisure sectors were the first to be hit financially from coronavirus shutdowns. Airlines have been struggling to survive with many asking for financial assistance from governments.

But Disney’s fortunes for its online streaming site Disney Plus are much better, with more than 50m subscribers in just five months since it was launched.

Last month Walt Disney said its executive chairman Bog Iger would give up his entire salary during the pandemic while chief executive Bob Chapek will take a 50% pay cut. Mr Iger is one of highest paid executives in the entertainment sector, earning $47.5m last year as chairman and chief executive.

When the theme parks reopen, Mr Iger has forecast that temperature checks of visitors could become part of its normal routine along with bag checks.

Suspension Of All Public Events In Force