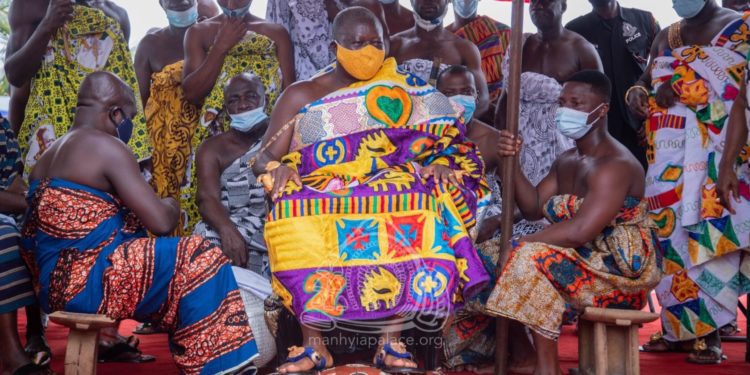 92
SHARES
513
VIEWS
Share on FacebookShare on TwitterShare on WhatsApp

He said, MPs are not to determine policies for the government

He spoke at the launch of the commemorative gold coin

According to him, the representative of the people needs to bear in mind that it is not also their duty to determine policies for the executive.

He said, in democracy, it is right for the representative of the people to make such that there is some equilibrium in whatever the central government does.

“We elect people to represent us to make such there is some equilibrium in what governments do. It is to our good that our representatives in Parliament subject the national budget to most vigorous scrutiny and to all, to call for changes.

“Government must also have the humility to acknowledge and embrace the useful input from all sources but our representatives need to bear in mind that it is not their role to rather determine policy for the executive or frustrate them from performing their legitimate duties,” Otumfuo Osei Tutu II said at the launch of the commemorative gold coin at the Manhyia Palace in Kumasi.

He noted, the good thing in a democracy is that people listen, observe and weigh what their leaders do over time and pass their judgement at the appropriate time.

“So, our parliamentary representatives can be sure that their contributions in the House are not wasted. The people have noted them and know that they will reflect on them when the time comes to determine the next face in our governing process. That may be two years away but that is what democracy demands.

“What is important now is for them to turn down the temperature and allow the process of governance to proceed so that the people will retain their exclusive right to pass judgement on how they have been governed at the appropriate time,” he stressed.