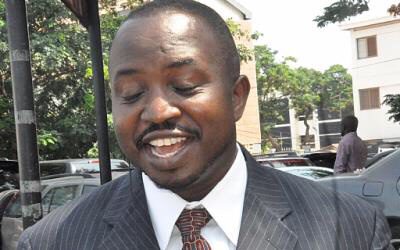 69
SHARES
386
VIEWS
Share on FacebookShare on TwitterShare on WhatsApp

Suspended member of the communications team of the National Democratic Congress (NDC), Stephen Atubiga, says former President John Mahama’s ‘do or die’ comment should not be taken seriously.

John Mahama during his ‘Thank You’ tour, on Tuesday, September 7, in an interview on Techiman-based Akina FM said, “I want to state here that the next elections would be won or lost at the polling station. So at the polling station, it will be do or die. I am not saying all die be die. I’m saying it will be ‘do or die’ because the right thing must be done.”

This comment has been strongly condemned by political pundits especially the ruling government.

Stephen Atubiga speaking in an interview on Kumasi-based Hello FM was of the view that John Mahama’s comment was just a “political talk”.

“The NDC doesn’t have guns; they’re not in control . . . I don’t think we should take this seriously. Maybe he said it in jest; it’s a political talk which shouldn’t be taken seriously.”

” what I know is that we have the best EC Chairperson, Jean Mensa, Dr Bossman Asare and they will put the best system in place to ensure a smooth election in 2024,” he stated.