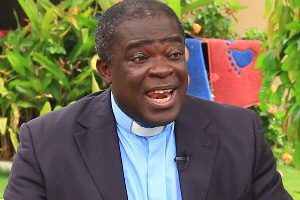 81
SHARES
448
VIEWS
Share on FacebookShare on TwitterShare on WhatsApp

Former General Secretary of the Christian Council of Ghana and now convener of the Christian Advocacy Ghana, Rev Dr. Kwabena Opuni Fimpong, has lashed out at President Nana Addo Dankwah Akufo-Addo and former President John Dramani Mahama for the various comments that seem to ignite passion for electoral violence.

He says their quest for power should not over ride the supreme interest of the country and the people they seek to govern in the country.

Speaking on Okay FM’s ‘Ade Akye Abia’ programme, he expressed worry about the recent “Do or Die” comment made by former President John Dramani Mahama.

Former President John Mahama is fighting off claims that his recent comments may be a prediction of violence in the next general elections.

John Mahama says his utterance regarding a ‘do or die’ affair at polling stations in 2024 has been misconstrued by the governing New Patriotic Party (NPP).

During his ‘Thank You’ tour, John Mahama reiterated this suspicion on Tuesday, September 7, that; “we were clearly robbed, but we accepted the verdict for the sake of peace”.

He says political leaders must at all times win the mandate of the people to lead on the grounds of relevance and not violence.

“They must do things that will be relevant to Ghanaians not for their own selfish interest,” he added.

He maintained that, the politicians should make relevant comments that will seek to provide jobs, provide good health care and create employment avenues for Ghanaians.