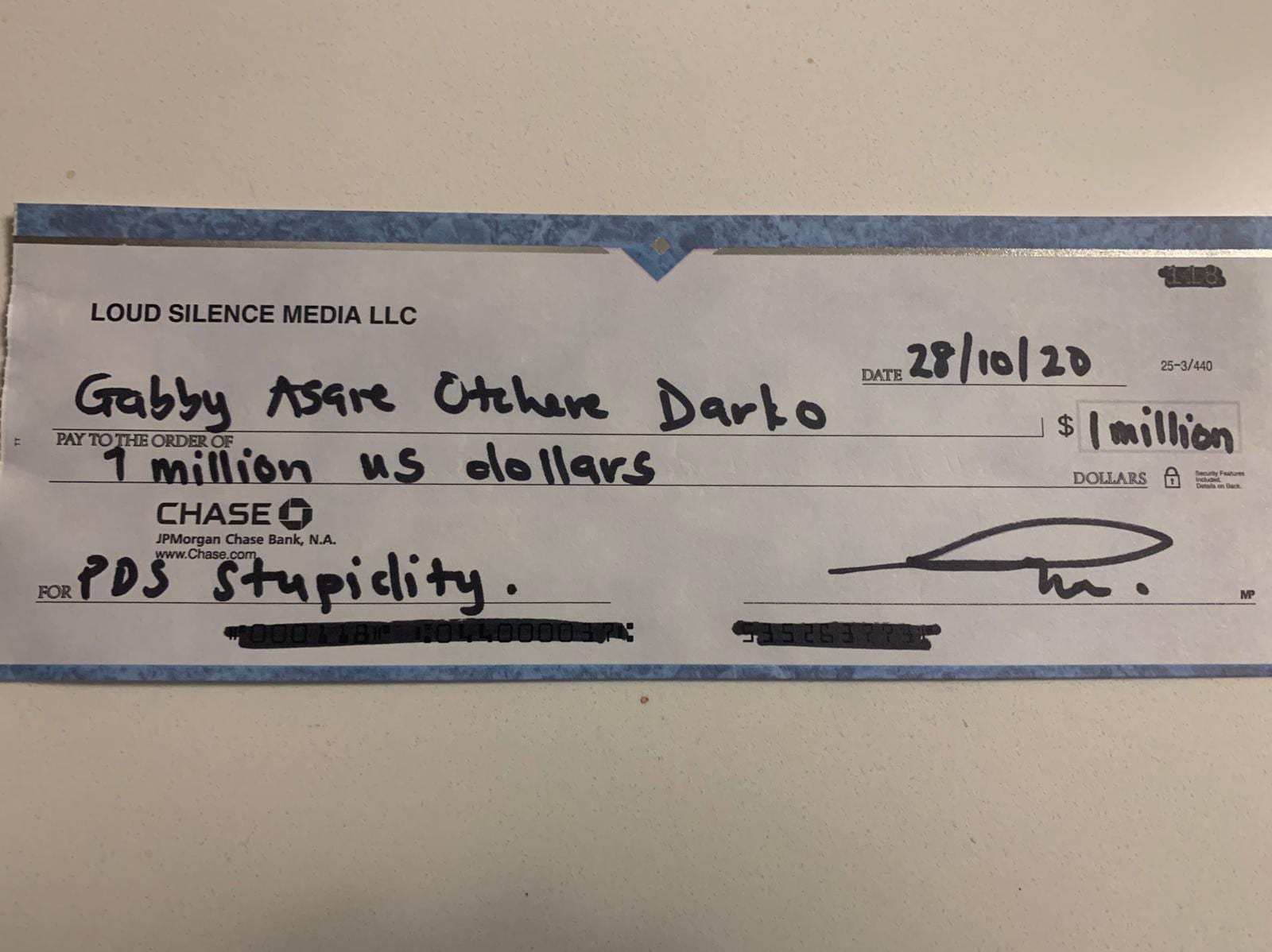 9
SHARES
52
VIEWS
Share on FacebookShare on TwitterShare on WhatsApp

Host of “with all due respect show” Mr. Kevin Taylor has mocked prime minister de fecto of Ghana, Gabby Asare Otchere-Darko, with a cheque of US$ 1 million issued to him as a fine of damages for defaming him in the botched PDS deal.

A High Court ruled that Mr Kevin Taylor defamed Gabby Otchere-Darko on the bases of false statements made against him in the corrupt PDS deal that led to a termination of the contract.

Mr. Taylor in a series of reactions first argued how DHL, a courier company could be a bailiff of the High Court, adding that lawyers of Mr Gabby Otchere-Darko did an inconsequential job.

However, Kevin has tasked Mr. Gabby prime minister de facto to download his audio money from the internet as he issued a cheque in jest to Mr Gabby Otchere-Darko as settlement for the damages awarded against him by an Accra High court . The amount Mr. Kevin Taylor issued to Gabby amounts to a sum of GHC 1 million. The cheque was in the name of Loud Silence Media to Gabby.

Similar suites and judgements has been passed against the fearless US-based investigative journalist in the past but haven’t materialised. Typical is Ace Anan Ankomah who won a defamatory suit against Mr. Kevin Taylor on same circumstances but was unlucky to receive a cheque or audio money (money that are talked of but are no where to be found).

Mr Taylor is unfazed by the series of suites, as he declares he is on a mission of preaching “the truth to power”. He has gone ahead to do a review of the scandal that made Ghana lose $190 million to America.