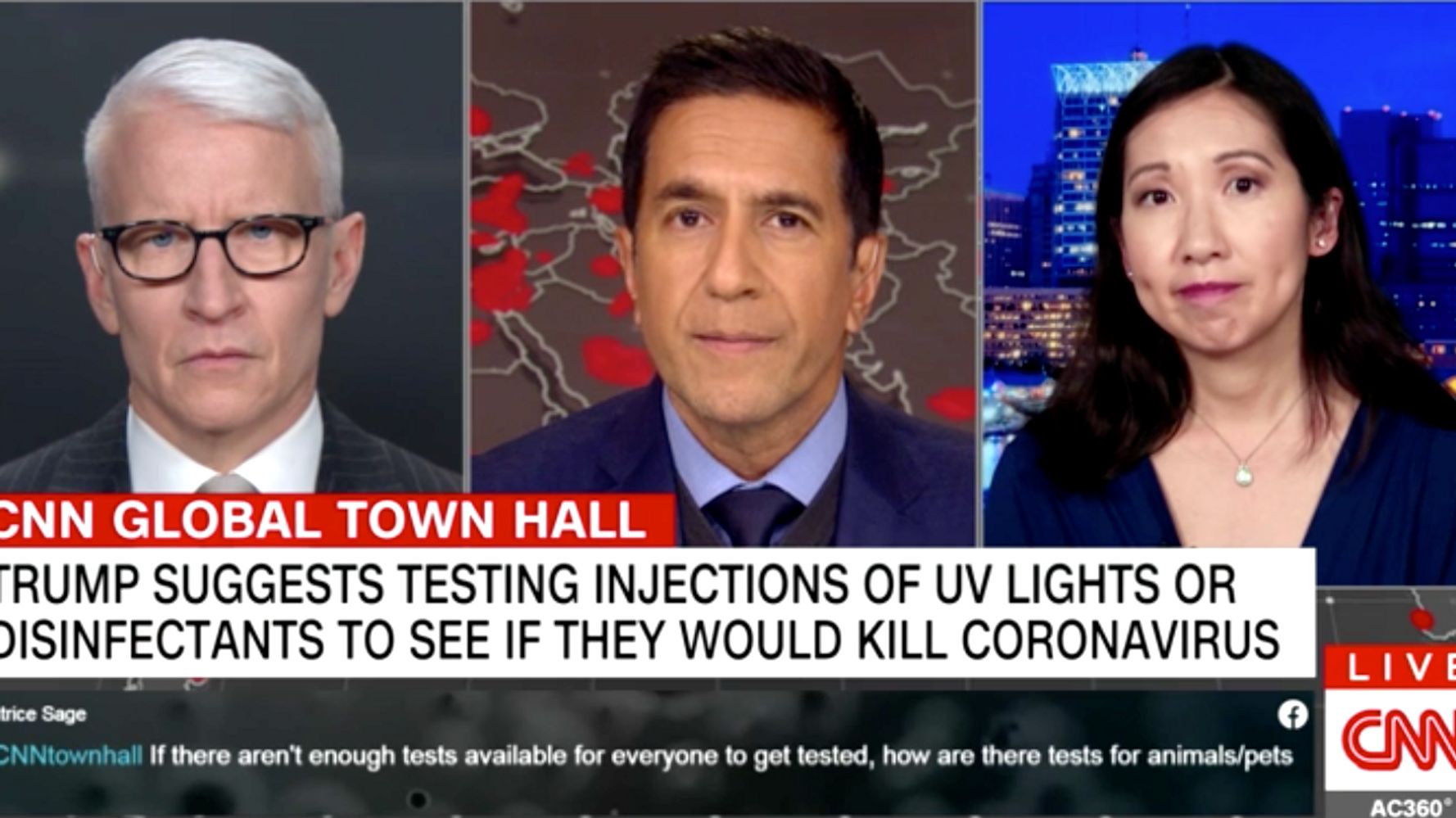 Trump made the suggestion after a presentation from William Bryan, acting head of the Department of Homeland Security’s Science and Technology Directorate, who showed research that indicated the coronavirus that causes COVID-19 survives best indoors and in dry conditions, and appeared to weaken faster when exposed to sunlight and heat. The research also showed that bleach and isopropyl alcohol can quickly kill the virus on surfaces and in the air.

During his daily press briefing, Trump subsequently pondered if hitting a human body with “ultraviolet or just very powerful light” would work and discussed testing that.

“And then I see the disinfectant, where it knocks it out in a minute, one minute, and is there a way we can do something like that by injection inside or almost a cleaning?” Trump said. “Because you see it gets in the lungs, and it does a tremendous number on the lungs, so it would be interesting to check that. So, that you’re going to have to use medical doctors with, but it sounds interesting to me.”

Anderson Cooper called Trump’s comments about people injecting disinfectant “wildly irresponsible” and asked the doctors on his show for their opinions. Gupta said the suggestion that this idea even needs investigation is wrong.

“And [Trump] also said it needs to be studied. Actually it doesn’t,” Gupta said. “I mean, we know the answer to this one. There’s a lot of things out there that we don’t know the answers to and we need to investigate.”

“But the idea that we would do a trial of some sort, and inject some people with disinfectant, and some people not, and see what happens, I mean as you point out, I think everybody would know that that would be dangerous and counterproductive, and not at all moving us in the right direction,” he added.

Numerous health experts have since weighed in to advise that people should not put disinfectant in their bodies.

Trump Is Harsh on Immigration. That Doesn’t Mean Biden Has the Latino Vote.

Trump Is Harsh on Immigration. That Doesn’t Mean Biden Has the Latino Vote.