E-levy is a lazy approach to raising revenue – Pianim 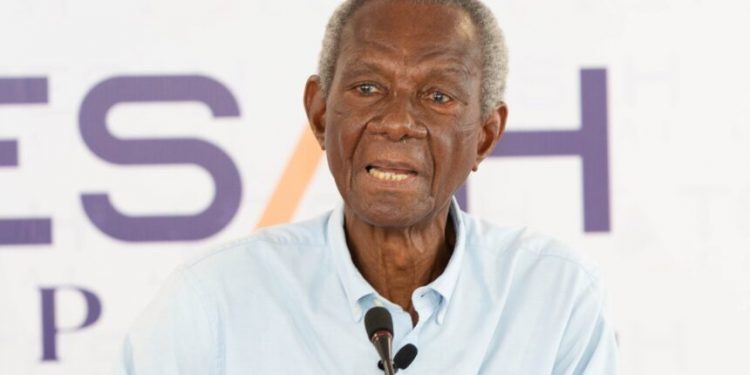 117
SHARES
650
VIEWS
Share on FacebookShare on TwitterShare on WhatsApp

Ghanaian Statesman and renowned Economist, Kwame Pianim has described as lazy government’s decision to introduce e-levy as part of its avenues to raise money for the running of the country.

Finance Minister Ken Ofori Atta while presenting the 2022 budget indicated that government intends to introduce the e-levy where citizens will be made to pay 1.75% tax on all mobile money transactions.

The government believes that this will help in generating income for the country which is currently distressed and recovering from the ravages of COVID-19.

The levy was met with contempt as Ghanaians and especially the Minority in Parliament have opposed it with all their might arguing that it defeats the digital agenda and also will visit untold hardship on the people of Ghana.

But reacting to the move, Kwame Pianim indicated that apart from being a lazy way to raise cash, it is anti-Technology.

“To me, it’s anti-Technology. If you want six billion you can have it another way. So Minister for Finance you need money for a good course not to pay salaries and interest but for a good course to develop technology and you want it I say don’t go there because it will kill the bear that’s laying the egg. It’s a lazy way of sitting in the air condition at the Ministry of Finance and say I want money then you say let me grab this,” he said in an interview on Accra-based Asaase Radio.