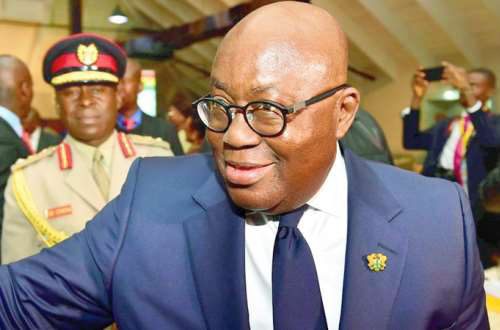 The President of the Republic, H.E Nana Addo Dankwa Akufo-Addo has assured that his government will ensure the judicious administration and implementation of the Electronic Transfer Levy (E-Levy).

Reading a speech on behalf of the President during the 60th-anniversary celebration of Rev. Friederich Monninger Memorial Presbyterian Church in Akosombo, Eastern Regional Minister Seth Kwame Acheampong stressed that government will account for revenue accrued under the new levy.

“The government is committed to ensure the judicious administration and implementation and the same time reporting of all revenues collected under the newly introduced electronic levy Act to impose a confidence in the government,” he said during the anniversary celebration held under the theme ‘Jesus Christ the light of the world’.

According to the Eastern Regional Minister, the government is focused and working to turn around the fortunes of the country to ensure the unborn generation benefits from investments made.

“Government remains resolute and alive to serve all well-meaning Ghanaians despite the global economic challenges. We are focused to sustain and grow the economy to make it an enviable one hence the need to continue to invest in the future for the benefit of the generations unborn,” Seth Kwame Acheampong added.

The controversial E-Levy was passed by Parliament last month in the absence of the Minority after the group staged a walkout.

Subsequently, it has been assented by President Akufo-Addo into law with the Ghana Revenue Authority (GRA) geared up to commence implementation on May 1, 2022.