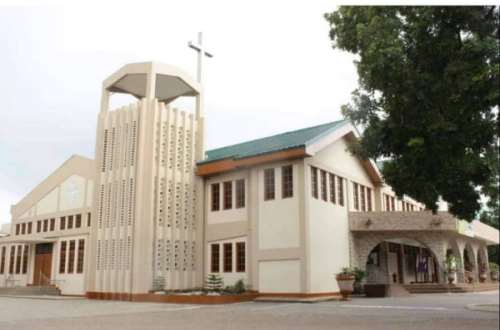 46
SHARES
255
VIEWS
Share on FacebookShare on TwitterShare on WhatsApp

Church attendance and the giving of offering and tithe in church is said to be dwindling fast due to the economic challenges facing the country.

A few churches the Ghana News Agency (GNA) engaged said many members had abandoned church after the ban was lifted for in-person church activities with low offerings posing huge financial challenges to the churches.

The Ghana News Agency on Sunday visited the St. Charles Lwanga Catholic Church, Abeka, where it observed that the Church, which was often filled from the main auditorium to the top extension, recorded very low attendance.

The GNA also gathered that offertory had reduced to about five per cent, a situation that made the Church initiate the societal offertory giving programme.

This encourages each society from the music ministry and choir to welfare and security enhancement societies to present their offertories to the priests in turns every Sunday.

The main offering was collected pew by pew amidst dancing and singing.

Checks by the GNA indicate that GHC1.00 dominated the offertory collected.

The Church had also devised the “trophy giving” way of encouraging members to give off their best to the development of the church through the “Day Born” offering initiative.

By this, the congregation born on each of the days within the week joined queue and danced to give offering and the most generous group won the trophy.

The GNA also noticed that many of the women had put on already-made hair wigs, with a few having braids and others cutting their hair.

In an interaction with Esinam Agboli, a member of the congregation, she said: “Now we barely buy African print and fabrics to sew because that is too expensive. You buy the print; go to see a fashion designer or seamstress and they have even increased their charges now.

“Before you realise, you would have spent at least 150 to 200 Cedis on one dress. So now I only buy the China or Togo-made dresses when I have money and that only costs me about GHS70 or GHS80.”

Ms Theresa Naadei Mensah, a single mother of two, said: “For a long time now I haven’t been able to buy any dress for my children not to talk of myself. So the few close friends in the church that I have, I beg them to bring those dresses looking small on them now so I can share with my children to wear.

“We are even struggling with what to eat so how can we think of changing our wardrobe?”

Mrs Barbara Maame-Ama Quansah, another member of the congregation, said: “In these challenging economic times, you cannot spend GHS200.00 to do your hair and take it off after a month or two because you will break down with money issues.

“I buy the already-made wig at GHS300.00 and I can wear it for years depending on how well I maintain it. So as for the wig, we will continue to wear. Now the men even know we wear it and its become normal with them,” she added.

Mr Benjamin Quartey Papafio, who complained of transportation to church on week days and Sundays said: “I have a car but now I barely drive it to church because the fuel prices are insane and I have five children to cater for. So I often park it at home, and board public transport to church.”

For the part of Maxwell Clottey, he said he was not deterred from going to church and be seen not joining a queue to give an offering when he did not have money.

“The only problem is now they have increased the lorry fare from Nii Boi Town to Fadama and so days I don’t have money to board a car, I stay at home because its too far to walk,” he added.

The GNA observed that some members of the congregation were using cars, while others used motorbikes and bicycles.

Others also rode on the benevolence of car owners in the church to drop off at a point to continue in order to reduce the transportation fare back from church to the house.